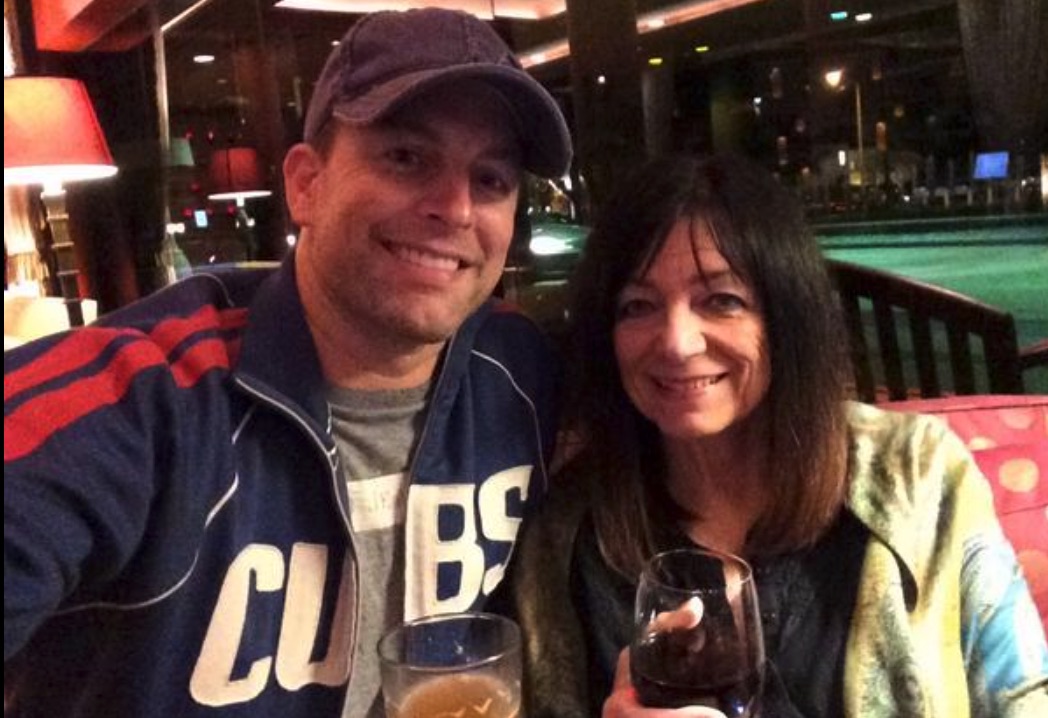 Michael Muhney has been off of social media now for 75 days, including the recent announcement of a new Adam Newman. His last post was from a photo shoot, where his son Truman delightfully captured the attention of the photographer that was tasked to photograph the former Adam Newman. Many fans hoped that this meant that he was returning to the Young and the Restless. But, it appears that Mark Grossman will be portraying Victor Newman Junior. What does Michael Muhney think of the Adam Newman recast? We don’t know that information, but we do know what Michael’s mom thinks about it.

Although Michael Muhney has been silent from social media, his mom has still be posting on Twitter and answering questions. Michael’s mom recently posted a retweet that obviously upset her. This was from a woman who had been direct messaged about the previous false accusations made against Michael Muhney that falsely explained his departure from Young and the Restless. The tweet also mentioned that Michael was accused of signing a non-disclosure agreement after departing from the CBS show.

Obviously furious, Michael’s mom posted that “need to see those FALSE claims in DMs so we can take legal action.” She went on to explain that Michael did not sign any sort of agreement, as he never needed to. There was never an improper incident regarding Hunter King. Michael himself had told the Peloton Brief podcast that he hired a private investigator to look into this situation. Turns out, a blogger in Florida fabricated the lies and Muhney, and his mom, have had to deal with this lie ever since.

Michael Muhney has always been open about what really happened. Muhney admits he told the powers that be that things had to change with Eric Braeden, who portrayed his father, Victor Newman. He confessed to Phil Gaimon, on the podcast, that he made a mistake, and that he was “an (expletive) idiot.” The grass had looked greener on the other side, and he quickly realized his mistake. He had tried to return to the show, and it appeared that the return was confirmed. Then, the showrunners wound up recasting Adam Newman with Justin Hartley.

Need to see those FALSE claims in DMs so we can take legal action. There has never been a non- disclosure. Michael has talked openly about this multiple times. There was NO accusation. Sony hired him for The Good Doctor. He’s not blackballed. This never happened. Libelous liars. https://t.co/KmQQW8vPUo

What Does Michael Muhney Think Of Recast?

What does Michael Muhney, who has battled to return as the new Adam Newman think of the recast with actor Mark Grossman? We don’t know that, but when she was asked about the Adam recast that was not her son, Michael’s mom said that “I’m not upset in the least. Moved on long ago.” Fans then wanted to press on. Michael’s social media silence has made fans wonder if the actor was fine. Was he upset that he was looked over for the role, once again? When asked if the former Y&R actor was “ok,” his mom posed the question, “Why wouldn’t he be?”

While Michael’s mom and Michael Muhney are separate people, the fact that she has been able to move on could possibly be a reflection of Michael Muhney’s belief. After five years of being off of the show, fans could only hope that he has moved on and is pursing other avenues. He deserves the role, and many fans have stopped watching the show, promising only to return if he did. While his mom says she is ok about him not being recast, Michael did admit on the podcast that he would like to go back. He believes he would now be a better actor and employee. Most of all, the fans would be thrilled at his return.

Michael Muhney had said that his mom was a great influence on his choice of becoming an actor. He told Phil that she encouraged his “dreamer” side. She loved Alfred Hitchcock movies, which obviously left an impression on her son. Michael Muhney’s acting style shows a lot of depth and complexity. This is not unlike the characters in the movies of the late British director.

❤️ My boys. @michaelmuhney and @Derek__James #proudmom #happymom
(If I look tired, it was a no makeup moment at 6 am, lol!) pic.twitter.com/A6vrYkCHAA

Where Has Michael Muhney Been?

Where has Michael Muhney been since his last tweet, back in January? TV Shows Ace did some snooping around the internet, and found that Michael has been hiding in plain site.  He may not be posting to social media, but he is hanging out with others who do.

‘Big Brother’ Spoilers: Who Is On The Block This Week?
Nick Viall Thinks Dual ‘Bachelorette’ Format Messes With Minds
‘Big Brother’ Fans Furious At This Houseguest, Here’s Why
‘The View’ Fans Flip Out Over Elisabeth Hasselbeck’s Return
‘The Terminal List’ Chris Pratt Series Defies All Odds