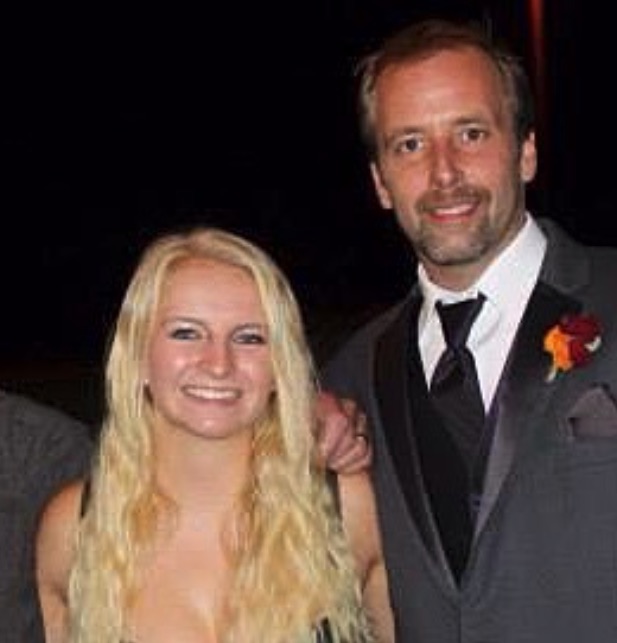 The latest Deadliest Catch news may divide fans of the the Northwestern. Captain Sig Hansen has implied that his daughter, Mandy Hansen-Pederson, will take over as captain, not Edgar Hansen, Sig’s wayward brother. What do we know about the future of the Northwestern?

Recently, Captain Sig Hansen revealed his recent medical scare that happened before the Deadliest Catch Season 15 began. He had a second heart attack, but thankfully he is fine now. Speaking to Entertainment Weekly, he discussed his possible retirement and who would take over the Northwestern. If his younger brother, Deadliest Catch star Edgar Hansen, the deck boss and engineer of the family crab boat, thought that he was going to take it over, he may need to think again. It is clear that Mandy Hansen-Pederson and her husband Clark Pederson are going to run the boat after Captain Sig retires.

EW asked Sig how he felt about Mandy taking over. Sig was assured the interviewer that “Oh, she’s fine.” He went on to say that Mandy and Clark “can take it and run.” He attributed their youth and energy as huge assets. He also gave the couple a thumbs up with the statement, “they got this.” Sig went on to explain that he has “got a foot out the door.” He confessed that his “mentality” was different from two decades ago.

Captain Sig’s Reason For Not Retiring

Sig Hansen revealed that the reason he has yet to retire is because his ego won’t let him stop. Sig even generalized that all captains have the same issue by stating that “All of us are egomaniacs.” Sig even joked that if they had a “shrink in Dutch Harbor, we’d be better off.”

Maybe the surly Norwegian needs to talk to the Swedish Hillstrands? Currently, the Time Bandit is up for sale and Captain Johnathan is waxing poetic about time and how short life is. Sig and John are pretty close in age, and in similar circumstances. They have been fishing all of their lives and figuring out the next step is a challenge. Sig’s health issues could be a good reason to return to shore and do something new. This is quite a challenge as this is a guy that was born and bred to be a captain.

Being a captain on a crab boat, doing a job like this is very unique. New show captain, Steve “Harley” Davidson even reveled that when he goes to the grocery store, his head is held high. He is doing something “very few” can do.

Has Edgar Hansen’s Wayward Ways And Personal Demons Prevented Him From Being the Northwestern’s Captain?

Then there is Edgar Hansen. Throughout most of the first 13 seasons of the show, Edgar made it clear that he wanted to become captain. Early on, his personal addictions caused Sig to not believe his brother would be right to be a captain. The brothers had the same fights onboard the Northwestern. Deadliest Catch fans were torn on whether Sig could allow Edgar to run the boat. Yet, Edgar has not really been pushing to be a captain anymore.

There was some question on whether former greenhorn Jake Anderson would end up the Northwestern captain. After several frustrating years, and Jake’s tears, it was clear that he needed to go to another boat if he was going to fulfill that dream career. He of course, is now the captain of the Saga.

Sig Hansen Did Not Want Mandy To Become A Captain

Then in 2014, Mandy came on the boat, fresh from nautical school.  Sig was reportedly always against any women to become fishing captains. Yet, Mandy’s own drive, that matched her father’s, clearly won him over. She always said that Hansens had to step up, and she has been stellar. It is not clear if Mandy and Edgar were battling it out against each other, or if Edgar’s own personal problems and back health made him step back. He clearly respects his young, energetic niece, as does the rest of the Northwestern crew.

In addition, when EW spoke to Sig about Mandy and Clark taking over, he did not correct them to say that his brother Edgar Hansen, or even other brother, Norman Hansen would be replacing him. It is a now a given, Mandy Hansen-Pederson is the future captain of the Northwestern, and she will be the first female captain on the Deadliest Catch.

Do you Mandy should be the future captain of the Northwestern? Deadliest Catch fans, would you rather see Edgar Hansen as the future captain of the Northwestern? Or, do you think his previous actions do not make him worthy of being captain? Please share your opinions in the comment field below. The new season of the Deadliest Catch 2019 airs on Tuesdays, at 9 p.m., on Discovery.