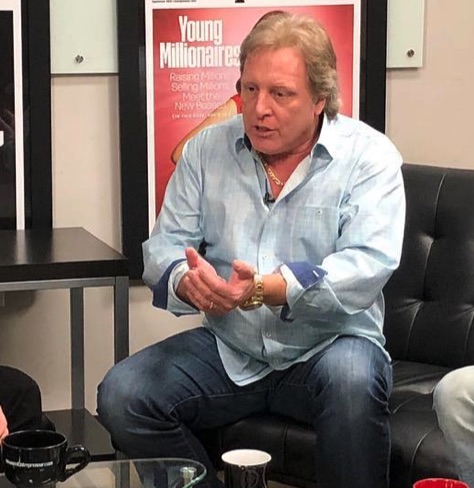 The Deadliest Catch Season 15 began with a bang, including a shocking revelation that Sig Hansen had a heart attack between seasons! Perhaps, the bigger shock is that chain-smoker Captain Sig has actually quit smoking cigarettes, just a few years after he suffered the mother of all heart attacks. What are the details behind Captain Sig Hansen’s health scare that made him finally quit smoking?

Captain Sig is back for the Deadliest Catch 2019. What the Discovery cameras did not catch was what happened to Sig back in October 2018. The Northwestern captain was in his car, with his wife, June Hansen when something scary happened. He explained to Entertainment Weekly that his throat and hands suddenly began to swell up. It appeared he had an allergic reaction to an antibiotic, as they were driving on the Seattle, Washington interstate. This was a serious situation. Sig had taken the antibiotics after a recent trip to Norway, where here suffered from a sinus infection.

The Northwestern captain, who will be 53-years-old on April 28, revealed that as June called 911, “I kept driving 100 miles an hour and went right to the ER.” Yes. Captain Sig was driving, as his throat closed up. This may not be such a surprise as his job is one of the deadliest in the world. Yet, his  situation then was so serious that the ER nurse told him that he had “about 10 minutes left.”

When he arrived, they gave him an EpiPen shot, and then Sig clutched his chest and declared, “I’m really in pain.” It turns out the allergic reaction triggered a heart attack, his second in two years. After he was transferred to a different hospital, doctors determined that Captain Sig needed another stent. Thankfully he was all repaired before he headed out to fish King Crabs.

That is not the end of the story. While in hospital, Sig was “busted” for trying to smoke cigarettes. He was pretty ashamed with himself and his inability to deal with this addiction. Captain Sig confessed that he had some serious self-talk. He wondered, “How pathetic can you be? How much control does addiction have over me?” and then he stopped cold turkey. This has to help his overall health, especially as he has now had two heart attacks.

Deadliest Catch fans have seen him try to quit smoking, only to find him confronting a frustrating situation has led him to light up again. But, this time, he has totally quit smoking. He decided that this addiction was not going to best him. Sig confessed that he was able to stay smoke-free this past season, as they are so busy on the boat. What is tougher is when he is at home. He is very tempted to light up, but he has maintained a streak of smokeless days! Mandy Hansen-Pederson, Sig’s youngest daughter, has gone to social media to share how proud she is of her father. He has kept it up.

Were you shocked by Sig Hansen’s second heart attack revelation on the Deadliest Catch Season 15? Are you surprised that the Northwestern captain finally quit smoking, after failing so many times? Please share your thoughts in the comment field below. The latest season of the Deadliest Catch 2019 airs on Tuesdays, at 9 p.m., on Discovery.