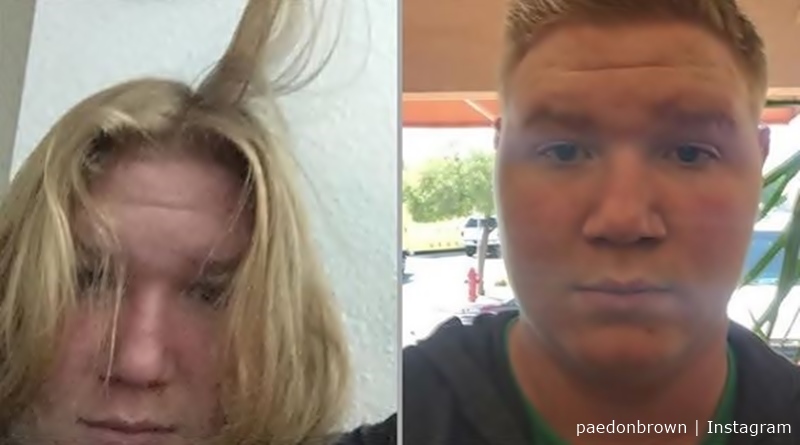 Sister Wives parents, Kody Brown and Christine are so proud of Paedon who just graduated from Bootcamp in the National Guard. Like his half-brother Garrison, born to Kody and Janelle Brown, he attended the National Guard in Utah. Christine posted up about it back in on January 21. Now he got through his Bootcamp and he looks in great shape.

Fans of Sister Wives turned out in their hundreds to congratulate Kody and Christine on Instagram for their proud moment. Paedon looks every inch an upstanding young man and old fashioned values in young people still draw admiration. Actually, Paedon’s not the only son in the Brown family that entered the services. Garrison entered the  National Guard on July 12, 2016, graduating in September that year. Plus, in 2015, Janelle Brown tweeted that Hunter joined the Airforce Academy.

Here’s what some Sister Wives fans said to Kody and Christine about Paedon’s graduation from the National Guard:

You can see the Instagram below showing him when he first went to Bootcamp. Check further down in this article see his transformation.

Paedon’s grown so tall and handsome in Bootcamp

You really have to wonder what they feed them in Bootcamp. Paedon towers over Kody and his mom by what looks like at least one foot. Mind you, he always looked tall in recent photos. Probably, he’s not any taller, but he sure looks fit and well built. Perhaps that’s why the overall impression of Paedon is just one of “huge.” Sister Wives fans really wonder where he found all that “tallness.” After all, Christine’s slim and only reasonably tall and Kody’s not tall either.

Lots of comments about Peadon’s height made it onto Instagram, and these included, “Holy Moly he is a big guy!” Plus, other comments came in about thanking Paedon for his service. In the first photo that Christine posted up about him going to Bootcamp in January, someone asked why everyone thanked him for his service. Someone who knows replied, saying that it’s customary. That’s because when you really need the National Guard, you usually go through a torrid time. That’s why it’s best to thank them before you need them.

Comparing the before and after of Paedon Brown

If you look at the two Instagram posts of Peadon we see a big change in just over two months. Mostly, it seems that he knows how to give himself the closest shave known to mankind. Plus, his shoulders and chest are evidently bigger. Notably, he learned how to stand up tall and proud. What a proud moment this must be for Kody and Christine Brown. In 2018, Hollywood Life reported that Christine said of Paedon, that when they left Utah for Las Vegas, he was “in a dark place.” It certainly looks like he left that dark place well behind him now.

What do you think about Paedon graduating from the National Guard Bootcamp? Do you think he’s looking bigger and better than ever?

Remember to stay in touch with TV Shows Ace for more news about the Brown family and Sister Wives.