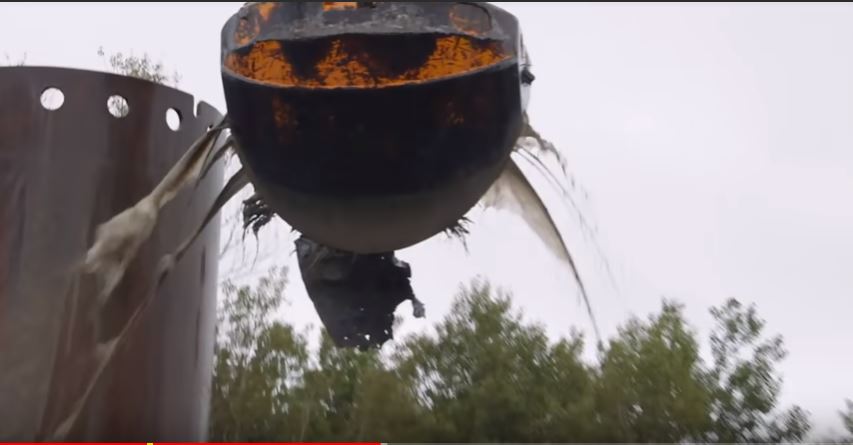 If you haven’t checked out The Curse of Oak Island on the History Channel, you are missing out. Oak Island is a small island located off the coast of Nova Scotia, Canada and has a long history of tales of hidden treasure dating back hundreds of years. Many have tried to find the treasure for 223 years despite the ominous legend that seven people must die before the treasure is found. So far, over the years, six people have lost their lives in the search. While legends speak of Knights Templar or pirates are responsible for the treasure, the real story has yet to be uncovered. 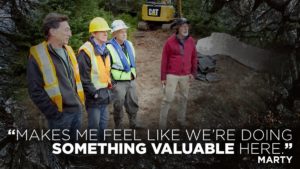 The Curse of Oak Island follows brothers Rick and Marty Lagina as they lead a team in the hopes of finally finding the treasure. As we enter the sixth season, Rick and Marty have found some success and even some treasure. Coins, pottery pieces, leather book bindings, human bone, stone slabs with symbols carved into it, a lead cross that dates back to the times of the Knights Templar and even brioches have been found. What will the team find next?

Season 6 Episode 19 begins with the local historians Paul Troutman and Doug Crowell and geologist Terry Matheson are monitoring the excavation of site borehole GG1, led by Mike Jardine or Irving Equipment Limited. They believe this site may get them closer to the money pit. As they pull material out, they are finding large pieces of hand-carved wood believed to be support pieces of the vault or one of the tunnels leading to the vault. Rick believes that they are finally getting close to finding the money pit.

On another area of the island Jack Begely and metal detection expert Gary Drayton head to lot 25, an area once owned by former slave Samuel Ball. With metal detector in hand, they begin sweeping the area. With a loud tone, they begin digging and find success. Gary uncovers a lock plate which they believe could have been from a chest or crate owned by Ball or his former neighbor Captain Anderson. 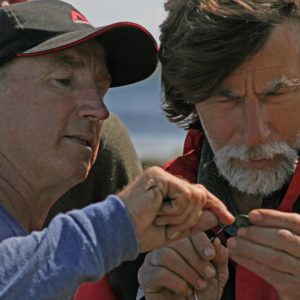 As they continue to drill at site GG1, the torque pressure hits almost double what they have been experiencing, leading the men to believe they are hitting something large. Large oak timbers that have been hand-carved, showing old tool marks, begin to come out with each pull. However, once they hit a depth of 159 feet, they decide to end the exploration of GG1.

Over at Smith’s Cove, work is progressing on exploration under the previous crane pad. The team believes this area is a part of the flood system into the money pit. A few weeks ago, they poured colored water into borehole C1 in an attempt to locate these flood tunnels. Red colored water began seeping out around Smith’s Cove, showing that their predictions of the flood tunnel were accurate. As work continues during the episode, they find water flows and large wood pieces and a what looks like a structure wall, possibly belonging to a flood tunnel leading to the money pit vault.

The day after ending work at GG1, Rick invites theorist Richard Moats to address the team. Rich has developed a theory to finding the original money pit treasure shaft. Nolan’s cross is a rock formation on Oak Island. Five large stones spread out on the island form a cross. When Moats points out that these rocks are unique from anything else on the island. He shows the team that when the rocks are lined up and connected, like old star navigation, these rocks may create historical navigation principles originally used by the Knights Templar. This rock “map” was the only way back in their time to ensure a map to a treasure would survive the elements.

Moats shows that extending lines from the stones reveals four possible points of intersection. He believes that site three is the best possible location to begin the next search. The digging begins at the new site three. They are at a depth of 104 feet and begin pulling out large pieces of hand-carved wood, including joint pieces. Because of these finding, they begin closely searching the contents. They again discover pieces of pottery and pieces of dyed purple wood. This dyed wood is nothing new to the workers. The belief is this wood was stained by an ancient die used for royal books and documents. As the excavation continues, large beams continue to come up. 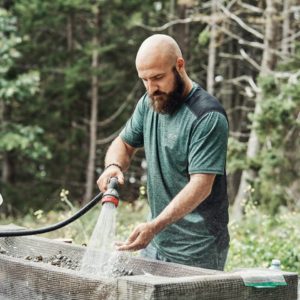 Unfortunately, the next day brings bad news. Rick and Marty, along with partner Craig Tester, head back to the money pit area to check on the excavation. Once there, they find no one around. The guys talk with Mike Jardine and learn that crane operators throughout Nova Scotia are on strike. Talks suggest that this strike could last as long as 21 days. With winter quickly approaching, the team only has a few weeks left before weather puts a halt to any work. What will happen over the next few weeks? Will the strike end and work resume? Will the team need to turn to other areas and methods of exploration? Tune in next week to The Curse of Oak Island to find out.