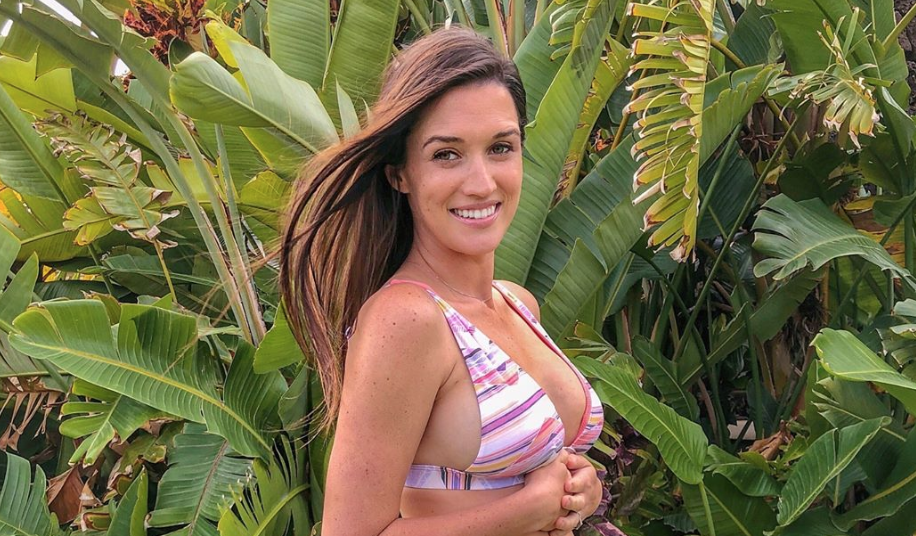 Former Bachelor in Paradise star, Jade Roper is expecting her second baby. The star is showing off her bump on Instagram and the pictures couldn’t be cuter. However, it hasn’t always been this easy for Jade as she previously struggled with miscarriage.

Jade Roper has already had one baby, a girl named Emerson who is now a year old. According to Entertainment Tonight, she and Tolbert announced they are expecting their second baby in January. Later in March, they announced it was a boy.

Now that she’s further into her pregnancy, she’s begun sharing baby bump photos on Instagram. The results are too cute! The expectant mom is now at 20 weeks and is wearing it well. She even shared an adorable photo of her family on the beach while they vacation in Hawaii.

Whoa baby! Hellooo 20 weeks! Had some round ligament pain two days ago and woke up to a popped belly! Tanner and I are stuck on agreeing on baby boy’s name, so help us out please and let’s hear all your boy names out there! ❤️

In one post she revealed she has varying emotions about adding on to their close little family. She captioned the photo:

“We are soaking up lots of special time with this nugget as I’m almost halfway there to bringing baby boy into this world! Brings up varying emotions for me. How did you feel adding a sibling to the family, and how did you cope with being happy but also feeling time slip away from you as just a family of three? Help!”

That’s totally understandable. While she’s excited to see her new baby, it would be sad to see your small family slip away. After all, it will never be the same again.

Jade isn’t the only Bachelor Nation star expecting. Lauren Burnham is as well!

Jade struggled with the loss but it wasn’t until she realized how much she could love her child that the mourning really hit. In a video she made, she opened up about this very topic.

“Looking back at it now, it’s hard to not be sad because knowing how much I love Emerson today, I would have loved this baby that much and I never got a chance to know him or her. It was really sad to think about what could have been.”

That will always be a hard thing for her to deal with so her feelings are understandable.

Are you excited about Jade’s new baby? Let us know in the comments! be sure to watch the new season of The Bachelorette starting in May.