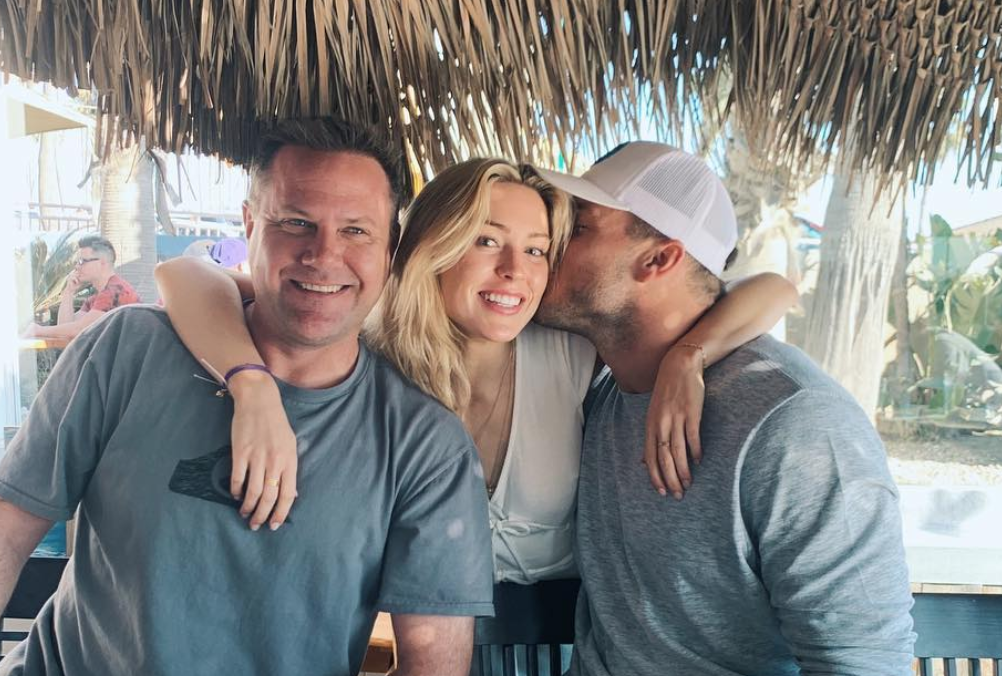 Colton Underwood decided to stay with Cassie Randolph at the end of his season of The Bachelor, despite her breaking up with him at the end of the season and her not wanting to get engaged. During the show, he had a rough time getting Cassie’s family to accept him. However, it looks as though that may be changing now.

‘The Bachelor’ Alumni Bonds with Family

According to People, Colton Underwood has been hanging out with Cassie’s family now that The Bachelor is over. More than anybody, he got to bond with Cassie’s dad. This is very good since on TV all fans got to see was Cassie’s dad shutting Colton down when he said he wanted to be with Cassie.

Cassie’s dad originally made it pretty clear that he wasn’t too sure about Colton.

“I could tell Colton was being affectionate with Cassie. I don’t know if that’s what he does with all the girls he goes out with. We don’t know him. He seemed like a … guy,” he said on an episode of The Bachelor.

The part of hometowns y’all didn’t get to see

Colton didn’t let that get to him too much as he still chose Cassie as the one he wants to spend all of his time with.

“Looking back, I understand where he was coming from,” Colton told People about Cassie’ father. “It’s like, ‘I’ve only met you for 30 minutes and had a conversation, you seem like a great guy, but I love my daughter and I know who my daughter is.’ Of course, I wanted to hear a yes, but the fact that he stood true to himself showed me all I needed to know about him as a man. I have a lot of respect for him,” he said.

Both Cassie and Colton joked that this was the hometown that everyone didn’t get to see. They both posted the experience on Instagram and the family looks pretty happy together.

Some fans pointed out something kind of weird about the photo on Instagram. Colton Underwood actually looks very similar to Cassie’s dad. They do say girls like to date guys that are like their father, who knew this applies to looks too?

Are you happy to still see Colton and Cassie together and in love after The Bachelor? Let us know what you think about the happy couple in the comments. Be sure to watch The Bachelorette when it airs in May! Hannah B. is sure to have an exciting season finding love.

‘The View’ Big News For Host Sunny Hostin
Lori Loughlin Asks Permission To Film In Canada: Is She Returning to ‘WCTH’?
The Return Of ‘Ink Master’: When Will It Make Its Big Comeback?
Rosie O’Donnell Blasts Elisabeth Hasselbeck After Return To ‘The View’
Meghan McCain Reveals How Toxic Co-Host Joy Behar Really Was