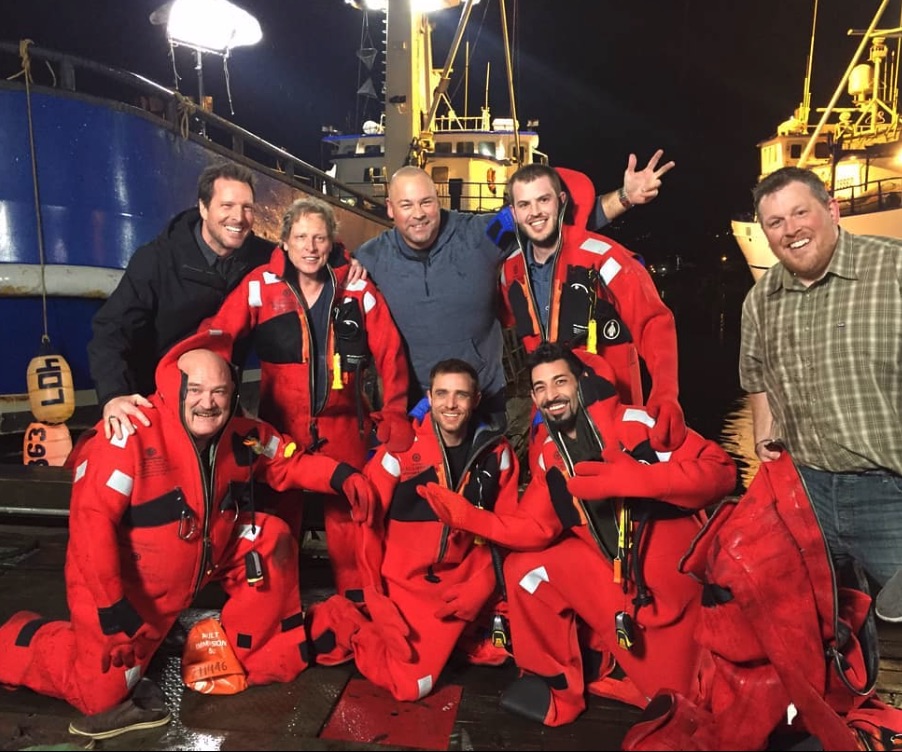 The Deadliest Catch in 2019 is still interesting to viewers of the Discovery reality series. What makes this show about crab fishing so entertaining for people, even after 15 Seasons? It is the stories and the characters.

The Deadliest Catch Is Interesting Because The Reality Is Real

When Captain Phil Harris had a stroke that wound up ending his life, he wanted to make sure that the cameras were still running. Entertainment Weekly reported that when the Cornelia Marie captain had woken up from a medically-induced coma, the producers told him that they would leave and give him his “space.” Captain Phil could not talk, so he used his hands to indicate that he wanted to write a message. He managed to write, “No, we need a great finish to this story.” The affable captain wanted viewers to get the full reality of crab fishing.

Part of this reality is the addiction, and that includes Captain Phil’s youngest son, Jake Harris. Before his stroke, Phil caught Jake stealing pain pills from his room. In an emotional scene, Phil begged Jake to go into treatment and he promised he would help him. Sadly, Phil didn’t live long enough to do so. Since then,  Jake Harris has been in a cycle of trouble with drugs and the law. Recently, it was reported that he was arrested for a felony DUI, and drugs as he was caught trying to outrun law enforcement in an RV.

Then, there is the story of Nick McGlashan. Captain Bill Wichroswki and fans were led to believe the Summer Bay deckhand had cancer. Instead, it turns out he had a drug addiction. Captain Bill stood by his deckhand, and brought him back to his boat after Nick completed his drug treatment. A fan favorite, he is a regular on Twitter, interacting with fans and talking about his battle with addiction. You may even see him battle it online with former Saga captain Elliot Neese!

New report in on the tragic loss of the F/V Destination. Shows some of the pressures our captains, crews, and vessels are under – https://t.co/Zr3VJYTa6Z

The World Of Crab Fishing Is Unpredictable

Crab fishing is one of the most dangerous jobs in the world. A big part of it is the unpredictable Bering Sea. The Bering Sea isn’t beholden to anyone, and can turn on a boat in a matter of seconds. On February 11, 2017, the Destination was out fishing like any other crab boat. Before a distress call was ever made, the boat sunk.

According to the Seattle Times, the belief is that the pots were getting icy from the freezing spray of Bering Sea water. The ice build up on the stacked metal pots likely weighed down the boat, causing a catastrophe that caught longtime Captain Jeff Hathaway, and his experienced crew by surprise. A lot of friends were lost in the tragedy of the Destination.

It is not just the stories on the boat that make people care, it is also the personal stories. Perhaps one of the most interesting stories is the coming of age journey of Captain Jake Anderson. In 2007, Jake was the Northwestern greenhorn, dealing with the pranks of the Hansen brothers. In 2009, Jake suffered a tragedy, when his sister Chelsea Dawn Anderson died of pneumonia. Then, Jake’s father, Keith Anderson went missing, but his truck appeared abandoned. It would be a few years later til a hiker found his father’s remains and the emotional Jake felt the wound rip open, as he dealt with his confirmation of his father’s death.  Over the years, Deadliest Catch fans have seen Jake emotionally go from lowly greenhorn to Saga captain.

Recently, Mandy Hansen-Pederson shared some tragic news that TV Shows Ace reported on. Fans of the show poured out their support and love in the comments field of the article and on Mandy’s Instagram post. She may be the back up captain for her father Sig Hansen, but she is loved by fans for herself.

The Deadliest Catch 2019 is returning with a new captain, Steve “Harley” Davidson who should add to the rich storytelling that brings fans back to this popular reality show. He is new to the show, as the Hillstrands are done with fishing and selling the Time Bandit, but Harley has been crab fishing for 15 years. He already has some history with Captain Keith Colburn of the Wizard that should reveal more untold fishing stories. Considered a “cutthroat,” Captain Harley will be an intriguing addition to this show that is more than just a fishing tale.

Why do you like to watch the Deadliest Catch? Do you have a storyline or other reason that you love this show? Please share your comments and favorite show memories below. The Deadliest Catch Season 15 premieres on April 9, 9:00 p.m., ET/PT on Discovery.