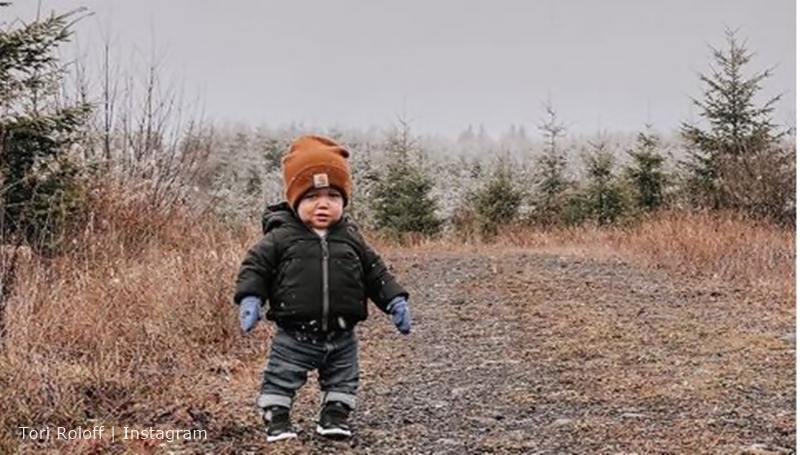 Little People, Big World‘s Jackson Roloff’s a resilient little boy. Tori and Zach’s son will face some challenges in his life and looks well equipped to deal with them. Tori Roloff posted up a cute video that showed Jackson learning about stickers. He never gave up trying and never cried out his frustration.

Fans of Little People Big World simply adore Jackson. Obviously, his short stature brings out the caring side of human nature, but his winning smile, infectious laugh, and resilience also garner admirers. Once, he had a double ear infection and never cried. Matt Roloff explained how a bee stung him once, and he got over it very quickly.

Now, Tori shared an Instagram story that showed Jackson’s not gonna cry with frustration easily. Instead, after diligently trying to figure things out, he may give his mom a dirty look – as in, “when are you gonna help me?” We’re pretty sure Tori did help him eventually, but this little man seems quite independent-minded.

In her Instagram Story, Tori put in the caption, “Stickers are tricky!” The video showed Jackson sitting with his toys on the floor. He picks up a sticker, and of course, it sticks to his hand. Used to throwing away things he doesn’t want, he tries to toss it away. of course, the sticker just sticks.

Jackson looks so thoughtful as he tries to figure out what’s going on. Eventually, that sticker comes off so he tries another. This one’s even worse, as it simply won’t go away! Little people, Big World‘s little fan-favorite ends up with sticker hands. That’s when he gives his mom such a dirty look!

Cute video to watch, but a life lesson for Jackson

The video is cute to watch, but the main thing we see here is Jackson learning a life lesson: Try, try, and try again. So many children would be crying and screaming for help. There’s nothing wrong with that, but Jackson seems resilient. And, knowing how his dad Zach, his grandma Amy, and grandpa Matt Roloff sometimes struggle with ill health and physical challenges, it’s just as well.

What do you think of the video showing Jackson Roloff learning about stickers? Do you think it’s cute and yet, at the same time, displays the resilience of the little boy?

Remember to check in with TV Shows Ace often for more news about Little People, Big World.  The show comes back to TLC on April 2, 2019.