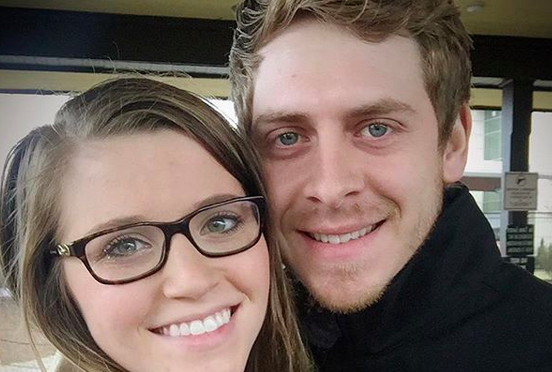 In a new video from TLC Me, Austin Forsyth and Joy-Anna Duggar give fans an update about their first year as parents. They talk about Gideon growing up and what they have learned so far. In the video, the couple seems very happy. They just gush over their 1-year-old son!

Their son, Gideon, just turned one in February. The family documented his special day on social media.

Happy 1st Birthday, Gideon Martyn!! We are so thankful for you and your bright smile that is contagious!!! Mommy and Daddy love you so much!! #1stbirthday #smashcake #somuchlove

Then, Austin Forsyth mentions that he would like a daughter in the future. He says, “I think I’d be just as happy if we had a girl and hopefully, one of these days we will.” Joy-Anna Duggar seems to agree with him on this.

We have no doubts that the couple will welcome another child in the near future. They probably won’t waste any time either. They were married in May 2017 and had Gideon in February 2018. There were rumors that Joy-Anna Duggar was pregnant at the wedding, but it’s likely that she got pregnant shortly after the wedding.

How do Austin Forsyth and Joy-Anna Duggar feel about Gideon?

Even though Austin Forsyth and Joy-Anna Duggar want a daughter, that doesn’t mean they don’t like having a boy. In the video, Austin Forsyth says, “Growing up, I always kinda wanted a boy first.” We’re sure his happy to have this little guy in his life now!

He went on to say, “He’s my little buddy. I can’t wait for him to get a little bigger and he can go to work with me and I can get his own little work set, his tool pouch, and hammer like my dad did with me.” How sweet is that?

In the video, Joy-Anna Duggar reflects on her first year as a mom. She takes some time to offer advice to other parents out there. She says,

“My word of encouragement for other parents is just don’t get stressed out with the little things. I think as a first time parent, you can get so paranoid about every little thing. Just make sure you study everything out, but also just enjoy it and don’t be so scared the first year because it’s really fun. Every stage can be challenging, but it is a lot of fun just having a new little one to get to learn alongside.”

It seems like Austin Forsyth and Joy-Anna Duggar are doing an amazing job of raising little Gideon. We’re sure they will be adding to their family soon enough, especially because they want a daughter. Recently, fans have started thinking that Joy-Anna Duggar may be expecting, but nothing has been confirmed yet.

What do you think of this update from the Duggar-Forsyth family? Do you think that they’ll get their little girl anytime soon?

Be sure to watch Counting On on TLC on Mondays at 9/8c! Don’t miss other Duggar updates on TV Shows Ace!