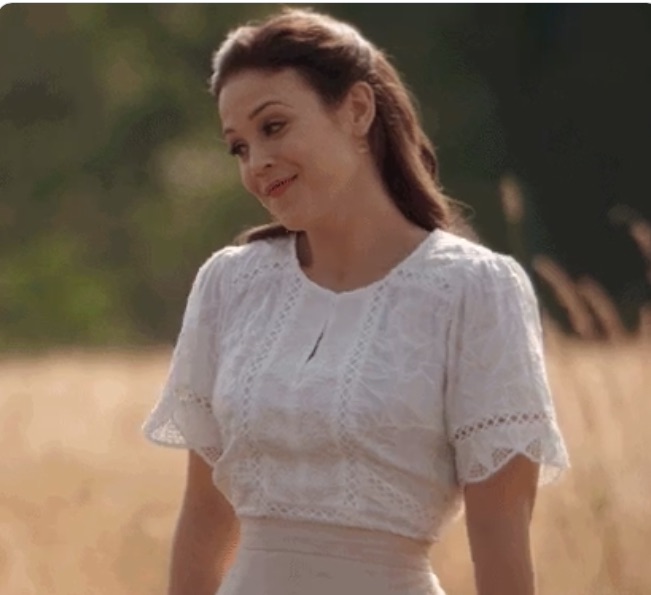 Is When Calls The Heart canceled? The beloved Hallmark show has now been pulled because of the Lori Loughlin college admission bribe scandal. Hallmark has a statement for #Hearties on the future of the show. Will the show resume airing soon, and when?

Is When Calls The Heart Canceled?

Hallmark has made sure to let #Hearties, what the fans of When Calls The Heart calls themselves, know that the show is definitely returning. Using social media, Hallmark indicated that they have a lot planned for the future of the show, but right now, they are figuring out their options.

“#Hearties, we assure you that Hallmark Channel has no plans to cancel When Calls the Heart. Hope Valley has many more stories left to share and we will let you know the details soon.”

This shocking scandal has to be hard on #Hearties, who went through the emotions of losing a beloved character last season and waiting to see how the story now continues, including the promise of new love for Elizabeth Thatcher Thornton (Erin Krakow).  The series had  just returned on February 24, for the premiere of Season 6. There was an audience of 2.5 million viewers that wanted to see what was next for Elizabeth.

#Hearties, we assure you that Hallmark Channel has no plans to cancel When Calls the Heart. Hope Valley has many more stories left to share and we will let you know the details soon. pic.twitter.com/z1m6iS2PSP

What Will Hallmark Do Next?

Now Hallmark has to make some pretty big decisions on what they do next. They may be weighing cost versus time on how they will make When Calls The Heart work for fans. Do they replace Lori Loughlin as Abigail Stanton, or do they have the character leave or die off screen? Could Hallmark even go as far as to reshoot the Season 6 scenes that Lori was in, or do they just air the season as it is, once the dust from the college entrance scam has settled?

They also have to consider the WCTH spinoff show, When Hope Calls. According to Spoiler TV, the spinoff series will be airing on the new Hallmark streaming service, in August. Hallmark has invested greatly into these series and they are not about to cancel a show that fans love and call themselves #Hearties. Nor are they going to do anything to adversely jeopardize their highly anticipated new spinoff.

What Other Networks Have Done

Hallmark is not the first channel to deal with controversy over one of their stars. Last spring, the very successful Roseanne reboot was abruptly canceled due to Roseanne Barr’s racist comments. When Charlie Sheen was “winning,” CBS killed off his Two And A Half Men character, Charlie Harker, and brought in Ashton Kutcher playing a new character, Walden Schmidt. The original and the rebooted Dynasty both had replaced main characters with new actors, with soap opera-type excuses. While WCTH could not exactly explain that Abigail looked different because she almost died and had plastic surgery, fans are going to accept any choice Hallmark makes. If they have not played out Abigail’s storyline, it would be a pity to remove her character from the show prematurely, because of this scandal.

WCTH is loosely taken from a six-book series called Canadian West. They are written by Canadian author Janet Oke. The first book, When Calls The Heart, is where the series takes its name. When will Hallmark air When Calls The Heart again?  Clearly, they want to make the right longterm decision that is right for their fans and for the integrity of the channel and the show.

What do you think Hallmark should do next? Share your thoughts and suggestions in the comment field below.