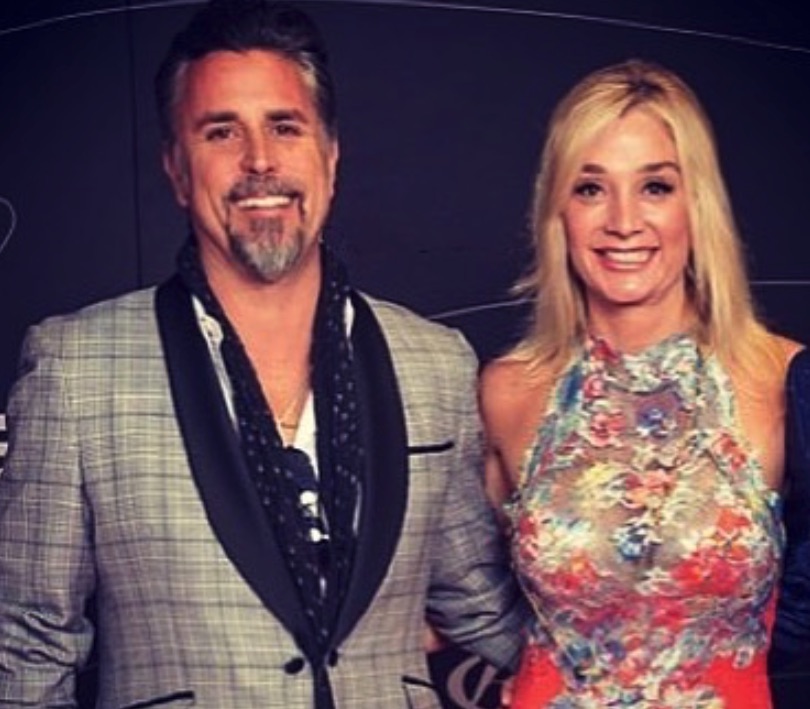 Fast N’ Loud star Richard Rawlings is getting divorced from his wife Suzanne. The couple, who was twice married, now will be twice divorced, gave it all they could. What is next for the soon-to-be-single Gas Monkey founder?

Richard Rawlings Was Beat By TMZ

Richard Rawlings went to social media on Tuesday to reveal that the TMZ reports were correct, he and wife Suzanne were separated, and soon to be divorced. In his usual smooth way, he seemed to apologize that this news was reported in the media  before he could tell fans. Rawlings insists that he and Suzanne will remain friends, and does not seem to harbor any sort of harsh feelings towards his soon to be ex-wife.

“TMZ beat me to the punch as you’ve probably seen. Unfortunately, Suzanne and I have mutually decided that we will be separating and getting a divorce. We’ll always be friends and be there for each other. We had a helluva ride for 20+ years.”

Richard Ray Rawlings and Suzanne Marie Mergele first married for a decade between 1999 and 2009. Then, the two reunited and remarried in 2015, but didn’t make it last even half as long. Then again, in the past few years, Richard Rawlings is non-stop with his business and traveling. This cannot make it easy on a relationship. The couple did not have children. According to Extra, Richard was previously married to Karen Grames for a year in the mid-1990s, ending their relationship in 1994.

Richard Ray Rawlings has been rather silent of late, and it may be because of the cornucopia of business and personal problems. Although Garage Rehab returned for a second season, there was a lot of radio silence about Fast N’ Loud 2019. Richard is very active on his social media accounts, so this omission has been quite obvious.

Fast N’ Loud fans have been waiting for over a year for Season 15. Some speculation on the reason for the delay was originally believed to be because of the legal issues surround the Gas Monkey Bar and Grill. As TV Shows Ace previously reported, Richard was sued by the former restaurant manager, Daniel Flaherty. So, besides his divorce lawyer, Richard has been dealing with this $6 million dollar lawsuit.

This is not the only bit of hassle that Richard has had to recently deal with. According to the Killeen Daily Herald, Richard’s first Richard Rawling’s Garage in Harker Height’s, Texas closed down in early March.

But, there is some good news. Richard recently went on the Joe Rogan Show and revealed that Fast N’ Loud is returning in June sometime. Loyal fans are rejoicing, as they have waited so long for this great news! The new season promises to be bigger and better than any of the previous fourteen. There will even be six-figure builds that promise to be amazing. More than likely, the new season delay is due to the bigger and more elaborate builds. These can take much longer than the usual 25-day schedule.

What’s next for Richard Ray Rawlings? The latest news is that the Garage Rehab star is set to turn 50 on March 30. On the new Food Network show, Buddy vs Duff, Buddy Valastro and Duff Goldman competed to make a birthday cake fit for the Gas Monkey Garage leader. Both cakes were incredible, but Duff won. He hit it on the nose with a green vehicle, Richard’s favorite color. It was simpler, but perfect for Richard.

Do you think that the media should have made a big deal about Richard and Suzanne’s impending divorce and let them live their private life, privately? Share your opinions in the comments below.  Don’t forget to watch the bonus Garage Rehab on Tuesday, March 19, on Discovery. Rawlings promises some behind the scenes action, as well as some “surprises.” This should be fun! Fast N’ Loud Season 15 will be returning sometime around June.