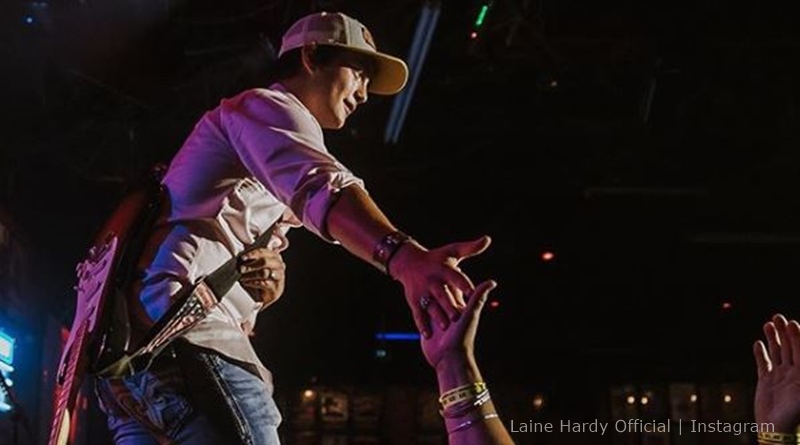 American Idol 2019 brings us Laine Hardy for a second run at success. Whether you think his return was staged and scripted or not, he deserves the second chance. Last year I bet my money on him getting through to the Top 10 at least and it never happened. Here’s why I think this year, we will see him go a long way on the ABC show.

Laine Hardy got dropped from the 2018 American Idol show during the Hollywood Week solo round. His following on social media consisted of about three thousand people and they really were devastated. However, he really couldn’t hold it together. As Lionel Ritchie said at the time, he has to be able to sustain his voice through tours if he does well in Idol. And, he obviously failed in that.

Laine was super-shy, very cute, and had the most charming smile. However, mostly, it was his hair-raising velvet voice that captivated country music lovers. Take away his voice, and you have a cute young boy – which isn’t the point of the American Idol show. This year, Laine’s still a bit shy, but his voice is strong and his confidence levels soared through the roof. Actually, Katy Perry picked up on that during this year’s unconventional audition.

What Laine did over the last year was fan-inclusive

Instead of weeping in his cup after getting sent home, Laine immediately engaged with his fans in a positive way. He consoled his sad American Idol fans and followers and went on with his life. Finishing school, graduating, playing sport, making music became his focus. We started to see Laine hitting country fairs, music festivals, local dances and wedding, and even doing a few trips to Nashville to work on his EP with Country Artist Jamie O’Neal. He also started up his lainehardymusic website where people could book a gig.

Hanging onto every music cover and clip, fans encouraged him all the way through this sector of his life. And always, Laine gave back to his fans. Never arrogant, always asking what his fan base think, and always thanking them for their input really set him apart. Comb as deeply as you wish, you simply won’t find any self-pride from this pleasant young man. Fans that come to him simply stick with him like glue.

Here’s a cover y’all have probably heard already but I leave for Nashville tomorrow and great things are going to happen, so stay tuned 😎😎

Laine’s the real-deal country boy from Livingston, Southeast Louisiana on the Mississippi River. Rooted in the heart of Country, Laine brings all that old country charm to the entertainment scene. This young man still calls his elders “Ma’am” and “Sir,” touches his cap in greeting, goes fishing and “burning gas,” and hunting. He gets out with his friends in the swamps, boating and mucking around in the wilderness. What’s not to like about that in our plastic and paste age?

Squeaky-country-clean still has a place in our world: Possibly more than we realize. It was the legendary poet and singer, Leonard Cohen who pointed out that the USA is where they have “a spiritual thirst.” In the new world with all it’s hectic speed and modernity, there’s hardly any time to think about things spiritual.  Things spiritual formed our moral culture that recedes rapidly in the dust of modern technology’s acceleration. Laine brings us reminders of those slower, culturally rich days.

Will Laine Hardy take the American Idol crown this year?

As for whether Laine wins Idol this year, I’m gonna take a punt and say “no.” However, I believe his journey probably takes him very much closer to the crown than last year. While Elvis Presley, Laine’s personal idol, took the world, Laine won’t. There’s simply a much bigger audience who prefer pop music. Nevertheless, a second round of fans should continue to propel him to his own success. Laine Hardy will make it with a bit of help from Idol, but I see him becoming his own legend in time.

What do you think about Laine Hardy getting on the road to success? Do you think these reasons why are valid? Sound off your thoughts in the comments below.

Remember to stay in touch with TV Shows Ace for more news and views about American Idol 2019.