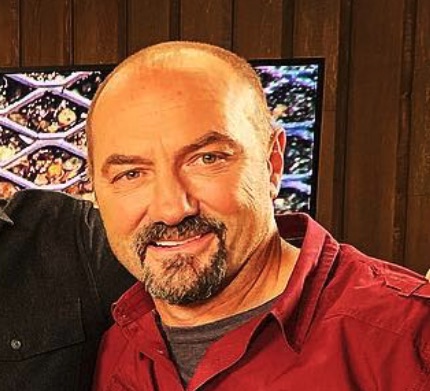 Gold Rush fans that have been missing the common sense of Dozer Dave Turin can now rejoice. The former Hoffman team foreman now has his own Discovery show, Gold Rush: Dave Turin’s Lost Mine.

Dozer Dave Turin To The Rescue

Since his Gold Rush departure, families have been contacting Dozer Dave, asking him to resurrect their failing mines. He is now using his years of experience and expertise to check out these mines. He has a lot at stake as he is personally investing his own money. His goal is to find enough gold to turn a profit for the mine owners, and to satisfy his investors. Maybe Dave can even put some money into his own pocket! He told PopCulture that fans directly approached him, and he appears to understand his own appeal.

“I don’t wanna boast, but they saw me as the guy with the common sense. You could talk to me; I was approachable. I got all kinds of requests.”

In Gold Rush: Dave Turin’s Lost Mine, the talented gold miner uses his superior dozer skills and gets to it. How much gold does he uncover? We will have to watch. Nonetheless, it sounds like the gold is just part of the story. Dave Turin is on a quest.

Dozer Dave is back in business.Gold Rush: Dave Turin's Lost Mine drops Friday March 8 on the Discovery GO app. 📲

Sometimes, Dave finds gold and the families are thrilled. Other times, he has to return to families with the bad news that there is no gold in their mine. Some of these families have held on to their grandpa’s lifelong dream of striking it rich. Yet, Turin doesn’t hesitate from breaking the bad news. He wants to stay honest, and explains that he saw a lot of “BS” in the gold mining world. When he says, “Gold brings out the best and worst in mining,” it is clear he knows what he is talking about.

This may also be why Turin has been careful to select his team. He claims that his team of “misfits” could beat out any Gold Rush mining team around. Although he doesn’t appear to be ready to make any bets with Parker Schnabel, or rent any of Tony Beets’ land, he seems pretty confident in his skills as a gold miner.  Each time, it is an adventure into the past, and his team is as invested in the “journey” as he is.

Calling each mine exploration a “jigsaw puzzle treasure hunt,” Dave has to figure out why the original miner quit mining the claim. Using a “combination of intuition and experience,” Dave tries to unravel the mystery behind each mine. Sometimes that means going underground, something Turin is not terribly fond of doing. He explains that ““When you go underground, there’s a lot of not nice things underground that present itself with the gold.” This means “crumbling walls, toxic gasses and a lack of oxygen.” In addition to exploring, the team also deals with several of the mines in an “environmentally conscious way.”

Fans of Gold Rush recently saw Dave Turin, along with Freddy Dodge on The Dirt, with Christo Doyle. When Doyle asked the two fan favorites if they wanted to return to television, the two former Todd Hoffman crewmen seemed keen on the idea of returning to Discovery for their own shows. Fans should be thrilled to see Dave Turin back on television once again!

Gold Rush: Dave Turin’s Lost Mine premieres on Discovery Go on March 8. The show can be streamed on the Discovery GO platform, which is free to cable subscribers. The show will premiere on Discovery television on April 5, perfectly paired up alongside Parker Schnabel’s own quest, in the return of Parker’s Trail: Papua New Guinea.

Are you excited about the return of Dozer Dave Turin in Gold Rush: Dave Turin’s Lost Mine? Be sure to share your comments below. Don’t forget to watch the latest episodes of Gold Rush Season 9, and Gold Rush: White Water on Fridays on Discovery.