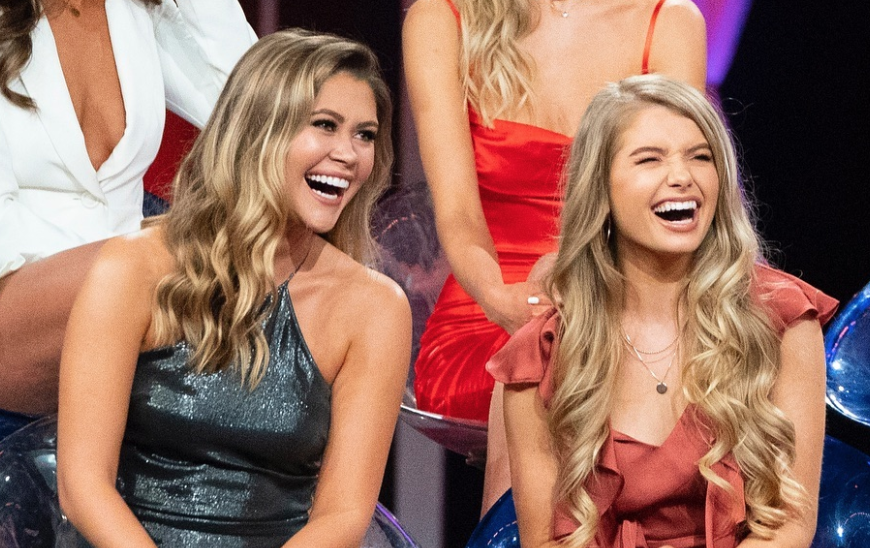 Caelynn Miller-Keys has faced a lot of hate throughout her entire time starring on The Bachelor. Caelynn received backlash from other girls in the house as well as viewers the whole time they watched. People in the house say she was only there for the fame, but it seems she was pretty affected when she got sent home.

Caelynn was completely blindsided during The Bachelor. She appeared to be completely in love with Colton. The pair had a great hometown date. However, shortly following, Caelynn was sent packing.

Not everyone thought she was there for the right reasons though. Some girls even told Caelynn and Colton that the beauty queen was only there so she could be the next Bachelorette.

Either Caelynn was a really good actress on Women Tell All, or she was actually really in love with the NFL player. Caelynn seemed so sad and cried so much during her time on the show. It couldn’t have been easy on her to see Colton and be with all those girls again.

Even though she struggled so much during the show, according to E! News, it didn’t stop there. Caelynn has been experiencing some major social media backlash as well. The poor girl can’t catch a break.

“I have pretty thick skin and I don’t let things get to me but when you’re having people tell you to ‘go kill yourself’ and you’re having people think that they know you, but they’re only really getting to see one layer and one side of you, that has been the most difficult thing in this whole process,” Caelynn admitted.

Looking at the trolls like… We live in a world where we never do anything right. Ever. Everyone always has an opinion. This experience has been so incredibly difficult. This show is super easy to make fun of, I get it, but viciously tearing people down is absolutely disgusting. Girls on my season are getting death threats, I’m getting told to go kill myself. That’s not okay. We are not perfect. We screw up (myself maybe more than others) but this show is partly about finding yourself, and that means falling in the process. You can have your opinions, but keep the extra hurtful comments to yourself. The internet can be very dark, and instead of feeding into it, try taking a step back. We are real people. These emotions are real. You’re watching a tv show, but we felt all of these feelings in a very intense way. Remember that the next time you go to someone’s page to tear them down.

Caelynn is receiving this really serious hate despite opening up about such a traumatic time with Colton. Other than people thinking she’s fake, it’s hard to understand why anyone would bully her on social media. Even if she was fake, that’s never a good reason to tell someone to harm themselves.

Ultimately, she just wants people to realize that they are talking to real humans with real feelings.

“Remember that we are real people and your words can be hurtful,” she said.

What do you think of Caelynn? Let us know in the comments and be sure to watch The Bachelor Monday and Tuesday night. Colton is two nights away from making the biggest decision of his life. You don’t want to miss out!