First of all, how did Lucy Lucy Apple Juice and a man by the name of John Blizzard become the center of drama on Season 9? Not a clue, but we are here for it. This season of RHOBH feels like a game of Red Rover sending friends right over to one side or another of the drama triangle between Lisa Vanderpump, Dorit Kemsley, and now, a once innocent, Teddi Mellencamp.

Need to catch up? Read about the dog saga here. You should be caught up to last night’s episode after reading that.

Now, back to your scheduled program. At the end of last night’s episode, Lisa Vanderpump’s husband, Ken Todd, brings out printed text messages between Teddi and Vanderpump Dogs employee, John Blizzard. Teddi had shown a cropped version of the texts where you don’t see the part when she agreed to bring the dog topic up while cameras were rolling. Ken reached right out to the source, getting his hands on the full-text chain calling Teddi a “f–king liar.”

Nobody Puts Teddi In A Corner

You didn’t think Teddi would see the playback of the episode and be okay with being called that do you? In her blog, Teddi clapped back.

“I am now angry at myself for going along with something designed to hurt Dorit. Especially when the dog’s well-taken care of. I am also angry that LVP would play against my hard feelings with Dorit. That is why this has become about something other than the dog. Had Vanderpump just admitted she was upset with Dorit and wanted the story out there, this would all be put to rest.” She continues, “As I’ve said continuously, I am not innocent in this. I fully accept my fault in everything that has taken place so far. I show a cropped version of one of the texts to the group in tonight’s show; it was the easiest way to show that specific part. Now you can see the full thing.” 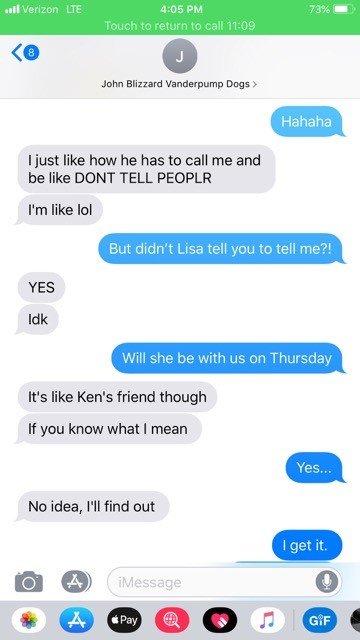 Teddi also said in her blog, “Lisa says again that she doesn’t speak to John Blizzard or even have his number. He runs Vanderpump Dogs charity events. This is another lie that makes no sense. Especially when the below text proves that she and Ken had constant contact with him over this.” 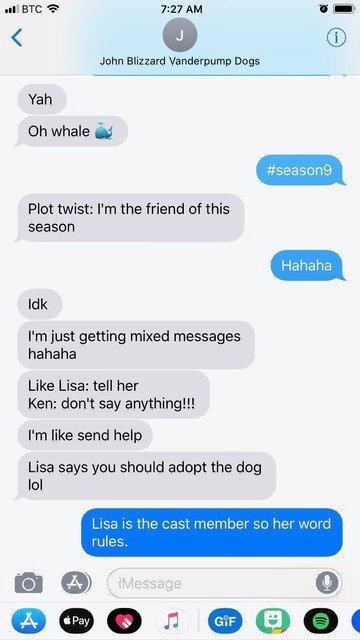 So who’s lying? LVP? Teddi? John Blizzard? Or perhaps, Ken Todd. Could Ken be projecting? Only one way to find out. Tune into the drama on The Real Housewives of Beverly Hills every Tuesday at 9 pm on Bravo. Busy on Tuesday nights? No worries. We have you covered right here on TV Shows Ace. Following all of the news of your favorite reality TV shows.