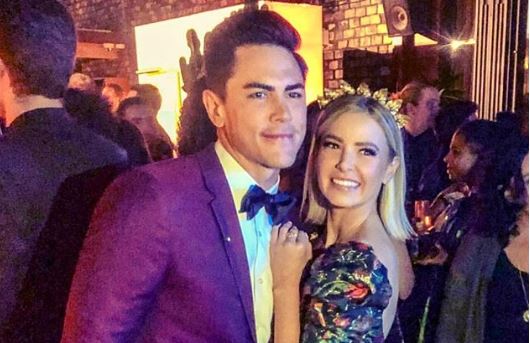 Lisa Vanderpump’s new bar TomTom has been a hit on the reality show Vanderpump Rules. Two of the fan favorite cast members are the face of this new bar, Tom Schwartz and Tom Sandoval. A couple of episodes ago fans and viewers saw frustration rise in Sandoval when he thought there was a possibility none of their cocktails would end up on the menu. He even told Schwartz he would quit the partnership if that was the case. Luckily that didn’t happen.

Lisa brought in someone to test the cocktails

Viewers saw that Lisa had brought in a professional and both Tom’s were expecting the worst. They were expecting a lot of changes to their drinks and possibly none of them end up on the menu of their very own project. However, that didn’t happen to be the case. The two got a total of ten drinks on the TomTom menu and they were both very happy. The professional didn’t even change up very much in any of the drinks, just gave them tips. Fans are so excited to see this new bar form and see the opportunities that open up for the two after this. Will you ever get a chance to visit TomTom?

Another Great and Successful “Tequila Tuesday”! Thank u everyone for coming and kickin it tonight @surrules ! #meditation #pumprules

On last night’s episode viewers saw Sandoval get a little anxious when his girlfriend Ariana Madix got annoyed at the thought of having kids. She very much made it obvious she didn’t want to talk about it and definitely didn’t want people asking her or Tom about it. She wants people to “stay out of her uterus.” Fans have always wondered if the couple will ever take the next step in their relationship, either having kids or getting married. However, Ariana seems to be against them both of those ideas. Will that be a deal breaker for Tom Sandoval?

It does sound like there is a chance it could ruin their relationship, but he is still by her side. At some point, Tom may be content with just having the love of his life.

Also on last night’s episode fans saw Stassi and Katie get a little heated with Kristen Doute and her boyfriend. Who do you think is wrong in that situation? Viewers also got a sneak peek of an argument between Sandoval and his partner’s wife Katie. What started that argument? Stay tuned and find out next week on Bravo on Monday night with the new episode of Vanderpump Rules.