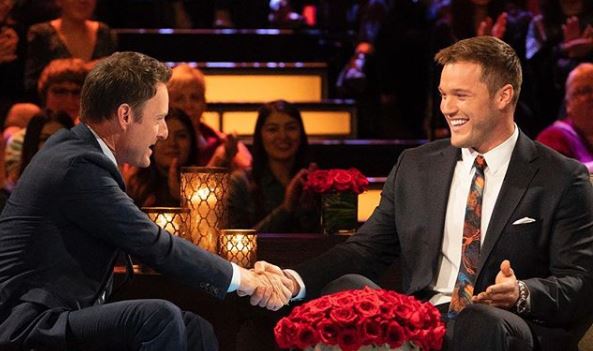 Tonight was The Bachelor: The Women Tell All and there were a few hints about who will be The Bachelorette. Chris Harrison said a few things, plus ABC made a post on Instagram that had everyone talking.

Harrison brought Hannah B down to the hot seat during tonight’s episode. They started out showing what happened during her journey with Colton Underwood. After that, they started talking and he kept hinting that Hannah could get another chance at love.

Reality Steve already said that this was who would get the job. He is usually right. It should be revealed next week on The Bachelor After the Final Rose. They actually start filming very soon.

ABC made a post on Instagram before the show was even over. This post is below and shows Hannah B saying, “Second time’s the charm 😉🥂 #TheBachelor.” That really does sound like a hint that she will be the one cast to hand out roses. If you read everything in the comments, it sounds like a lot of people agree.

In the comments, some fans say that Hannah B has won them over. Others don’t want her as The Bachelorette at all. For now, fans are going to just have to wait on ABC to make the announcement. Because of how Hannah did on the show tonight, it looks like a few people have changed their mind.

What do you think about the idea of Hannah B being The Bachelorette 2019? Share your thoughts in the comments below. Also, don’t miss the big finale of The Bachelor next Monday and Tuesday on ABC. It is almost time to see how Colton Underwood’s season ends.