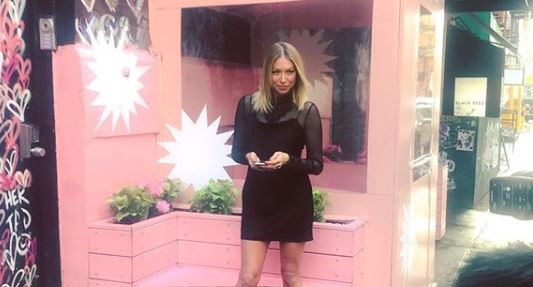 Vanderpump Rules star Stassi Schroeder and her boyfriend Beau Clark have been a fan favorite couple ever since they got together. Fans have never seen Stassi so happy and so herself like she is with Beau. Beau even gets along with all the guys, which is great for when they do things on their own! Would you be surprised if the two took their relationship to the next level?

There are already two engaged couples on the reality show. Jax Taylor and Brittany Cartwright are definitely a fan favorite. The other is Lala Kent and Randall Emmett, but viewers don’t really know Randall that much since he isn’t on the show. However, could there be another relationship taking that step? Stassi and Beau could be and if they haven’t already, they will be soon. It seems to be that Stassi Schroeder meets Clark’s mom in the next episode. Beau’s mom seems to have his best interests in mind. Beau’s mom tells Stassi how beautiful she is, but she makes sure to point out that her son cares about character more than looks.

I love my hometown, but I love my relationship more. 🐏⚜️🖤

While Beau was talking to his mom about the reality show star, he mentioned she was his best friend. This seems to mean a lot to Stassi considering she starts to cry. She wasn’t the only one crying though, Clark left the room while recording their conversation. He heard Stassi tell his mother she hopes she’s her mother-in-law someday, which causes her boyfriend to get emotional while thinking about their future together. The two already live with each other, they like to travel together and they just seem perfect! Beau needs to get a ring on it and soon!

This season of Vanderpump Rules has definitely had its share of romance and drama. There’s an exciting new bar TomTom where Tom Sandoval and Tom Schwartz got ten of their drinks on the menu! However, Sandoval seems to have some issues with his partners wife in the next episode. Will this break their partnership?

Stay tuned and find out when Vanderpump Rules airs on Monday nights on Bravo. Tonight is when Stassi Schroeder is seen talking to Beau’s mom.