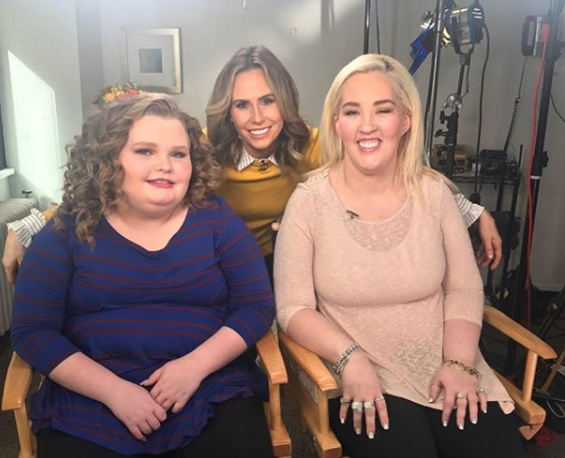 Mama June has had one heck of a ride the past couple of years. In the mix of those years s,he found the new love of her life, Geno Doak. He has stayed with her despite the drama revolving around Sugar Bear and her famous daughter, Honey Boo Boo. Mama June has definitely shown that she is much happier with herself and her life since she lost weight, she even did a mother-daughter pageant with Alana Thompson, her youngest daughter.

Geno and June go on a trip

Geno and June definitely deserved a little getaway for just themselves, especially since it was just their third year anniversary! How exciting is that? The big question is, will Geno ever put a ring on it? We’ve seen the miscommunications between Geno and June on this matter. Fans wonder if it ever happen or did June give up on the whole marriage thing? The couple has had some issues with women supposedly flirting with Geno. Mama June definitely made a comment on that subject. She wrote on Instagram, “It kills me how females do things like try to talk to someone else man n know they in a relationship damn that means they r taken that’s how problem get started but I can promise u I will be someone’s worst nightmare if they try to get with mine n try to come play in our yard.” Someone seems jealous.

We saw a sneak peek of the next upcoming season of Mama June: From Not to Hot that June has a lot sitting on her plate and that is meant quite literally. It shows that Mama June has been eating a lot of food again, so will she slip back under and gain back all of her weight? Fans sure hope not. She had a life changing transformation and viewers would be super sad to see her slip back under. However, she has Geno to help her, hopefully. June made an Instagram post where she talks about their relationship and she also thanks Geno for sticking with her through the bad. June wrote, “Geno Doak thanks so much for everything u do everyday n being here to help me with all this that’s been going on with me I love u more today then [sic] yesterday n we will continue to this crazy journey life together.” Aren’t they super cute?

Fans are more ready than ever for this next season. Will Alana ever get on the same track as June? How is the daughter’s relationship with Sugar Bear? It wasn’t very good last season so that’ll be a round of drama. Watch the new season of Mama June: From Not to Hot when it comes back to WEtv!