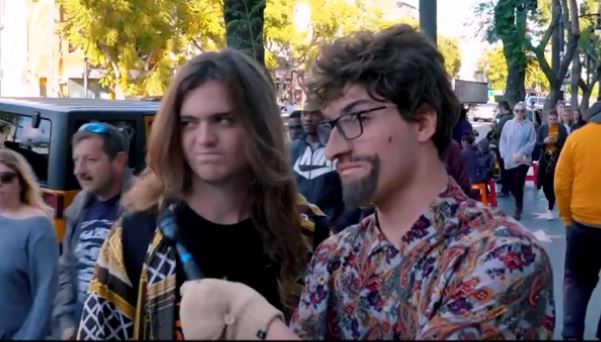 Tonight on a new episode of American Idol fans of the Dolan Twins immediately recognized one of the contestants. A guy who goes by the name of VoKillz decided to apply for the show. His audition was more of screaming music than singing, but Luke Bryan enjoyed it. VoKillz didn’t get to go through to Hollywood, though.

When VoKillz came out, he had a mask over his face. He was also carrying a bag he explained was for Katy Perry. It really did seem like he had a snake or something in it. When she finally took the bag, it was a necklace. This prompted him to take off his mask showing everyone who he really is and it was VoKillz. He even gave that as his name to them.

His place on the Dolan Twins video

VoKillz was on a Dolan Twins video that is called Going Undercover to See What People Think about the Dolan Twins. One person that they talked to on the street was VoKillz. You have to wonder if this was set up or not since he is working on his career now. Twitter went a bit crazy with people who recognized him. The Dolan Twins have over 9 million subscribers on YouTube so that isn’t surprising that people recognized him. They used to be on Vine before that shut down.

There was also a clip of him seen on The Tonight Show with Jimmy Fallon. Ryan Seacrest was on the show and they shared this clip. The Dolan Twins live in California and he said he was from Buffalo, NY.

Sadly, VoKillz didn’t make it on American Idol, but he does have everyone talking about him today. It will be interesting to see if his career explodes now. He did set up a YouTube channel and his followers are quickly going up tonight after his appearance on the show. They could bring him back for the finale when they bring back a few crazy auditions sometimes.

Did you recognize who VoKillz was on American Idol? Share your thoughts in the comments below. Don’t miss new episodes of American Idol on ABC. This season is just starting and it looks like a great one so far.