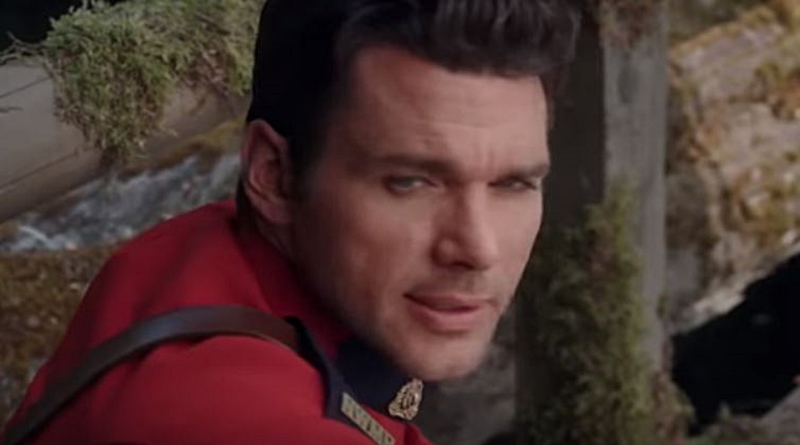 When Call the Heart Love Triangle

Fans of When Calls the Heart already heard about the two new fellows in Hope Valley who feel some attraction to Elizabeth Thatcher Thornton (Erin Krakow). In fact, the line of a love triangle was already teased a bit. However, this is the first time that one of the cast actually said it in so many words. Even then, it looks like if there is a love triangle, that will come later on. As Kevin pointed out, Elizabeth only just became a widowed mother in Season 5. Both Kevin and Chris McNally agree that they do have an interest in the young mum.

However, it seems that early in the show, the clash between the two men doesn’t come from that interest in Elizabeth. As Kevin says in his interview, “Nathan and Lucas are kind of having a standoff right now …where we were eye to eye… Oh, there was friction! It was the head to head [confrontation of], ‘You’re no good for this town,’ and ‘I’m not going anywhere.'” Obviously, with Elizabeth in the mix, this will escalate.

Kevin McGarry teases Elizabeth and the new men in town

Following on from the clash and tension between the two new men in town, Kevin points out that Elizabeth notices them and this means some sort of love triangle may happen. Well, for Elizabeth, fans of When Calls the Heart know that’s really not a new situation. She spent a long time trying to divert the attention of Charles Kensington III, an old friend of Elizabeth. Actually, she reconnected within Hamilton early in the show. At the time it seemed as if she genuinely liked him, but Jack stole her heart.

When the two new hunks do start to show interest, and when she’s ready for it, no doubt the writers of When Calls the Heart will have both Elizabeth and the audience torn between two perfectly nice men. Kevin pointed out that he didn’t come on the show to replace the character of Jack as such. He is merely Mountie Jack’s replacement in Hope Valley law enforcement. He knew Jack and admired him, but he is not there to try and be the new Daniel Lissing.

Lucas hides a past but seems rather nice

Lucas seems like a nice person. He looks charming and has a pleasant smile. In character, Chris McNally says to ET, “Lucas is a good guy, he’s got good intentions, he loves the excitement of chance so he’s big into gambling and playing poker. But he holds his cards really close to his chest because he doesn’t want to give up too much information about himself just because he’s trying to protect himself from some troubles.”

Meanwhile, Elizabeth really just wants to cope with being a new mum, grieve for Jack, and run the school. Maybe she won’t take too much interest in the men and their love triangle at first. However, further into the season, maybe she’ll start to trust her heart to someone new.

What do you think about Kevin McGarry teasing some initial tension between the two men in a Season 6 love triangle? Which one do you think Elizabeth chooses, if she ever does? Remember to check in with TV Shows Ace often for more news about When Calls the Heart. The new season premieres on Hallmark on February 24.