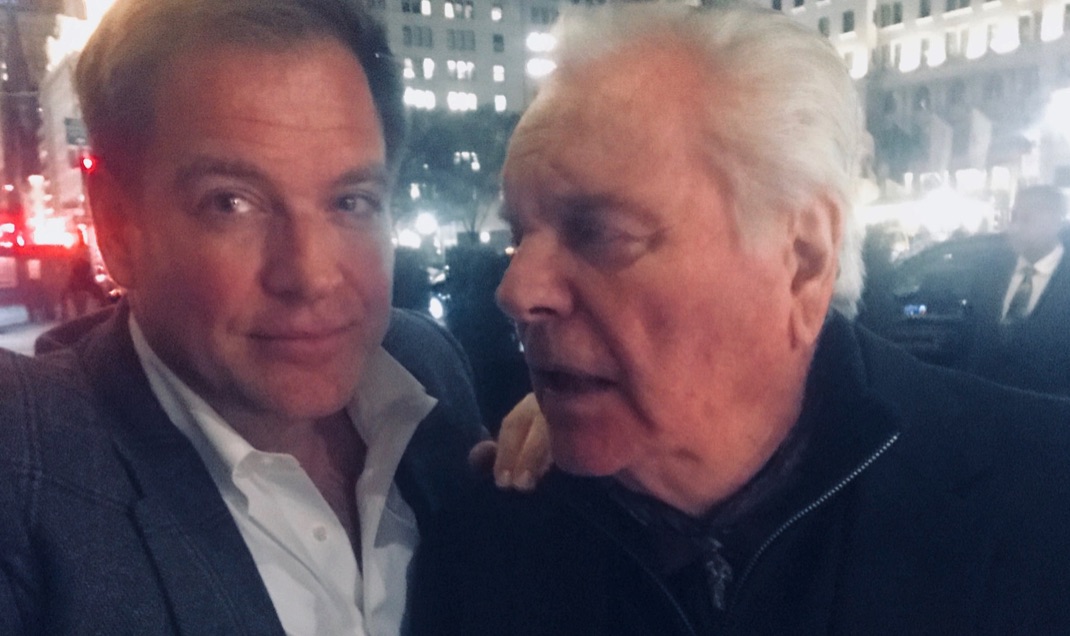 NCIS Fans who wondered if Ziva David is truly alive may get more of that story with the return of Anthony DiNozzo Sr. returning for a visit. What do we know about Robert Wagner’s upcoming guest appearance and when will it air on NCIS? Fans of the show who have not seen episode 13 entitled “She,” should watch that before reading anymore, as there will be spoilers.

Robert Wagner is reprising his role as Tony DiNozzo’s father, Senior and returning to the show on March 5. In the episode entitled “Bears and Cubs,” Jimmy (Brian Dietzen) is finally involved in his own big story plot this season. His father-in-law asks him to interfere with an investigation and asks Jimmy to tamper with evidence. According to Carter Matt, the father-in-law, Ed, is portrayed by Larry Miller.

But what about Anthony DiNozzo Sr. and how he fits in? Of course, Senior is charmingly portrayed by Robert Wagner. Over the years, Senior has been involved in some questionable activities. This time around, it turns out he is a poker buddy of Ed’s and now he wants to play sleuth and help out the NCIS gang. Is Ellie Bishop (Emily Wickersham) going trick Senior to reveal information on Ziva? Or does Senior let something slip and Bishop is that much closer to finding out more about Ziva’s recent activities?

The clues are coming in. You won't want to miss Tuesday's all-new episode of #NCIS! pic.twitter.com/rCLaYZND0K

No Coincidence Anthony DiNozzo Sr. Back On NCIS

There doesn’t appear to be any sort of coincidence that Anthony DiNozzo Senior is back on the show. The timing is quite suspect, as the Senior episode is just a few weeks after an episode aired where Ellie Bishop discovers Ziva’s secret office that includes volumes of personal notes about unsolved cases.

Fans who wonder what is next with the Ziva David storyline will sure hope that Senior’s appearance means that we are one step closer to the return of Ziva David. The father of Ziva’s child Tali is Tony DiNozzo Jr., who is in Paris. Does Senior know anything about the mother of his grandchild, Ziva? Does Tony know that Ziva is alive? Could Bishop find that Ziva is investigating cases alongside of her? Because of this storyline, fans are going to be glued to the television.

Clearly, NCIS is not going to spill the beans on the Ziva story anytime soon. This story will probably slow burn and continue til the end of the season. There is just the current hope that those who were unsure if Ziva was still alive at the end of the “She” episode may get enough clarification with Senior to believe that Ziva is out there somewhere, alive. Because of this everyone wants answers.

What do you about the return of Anthony DiNozzo Sr.? Do you think that they are going to delve further into Ziva David’s case? Please share your theory or your opinion about the upcoming episode. Be sure to come back to TV Shows Ace for more NCIS. Be sure to watch NCIS on Tuesday nights on CBS, at 8:00 p.m., ET/PT.