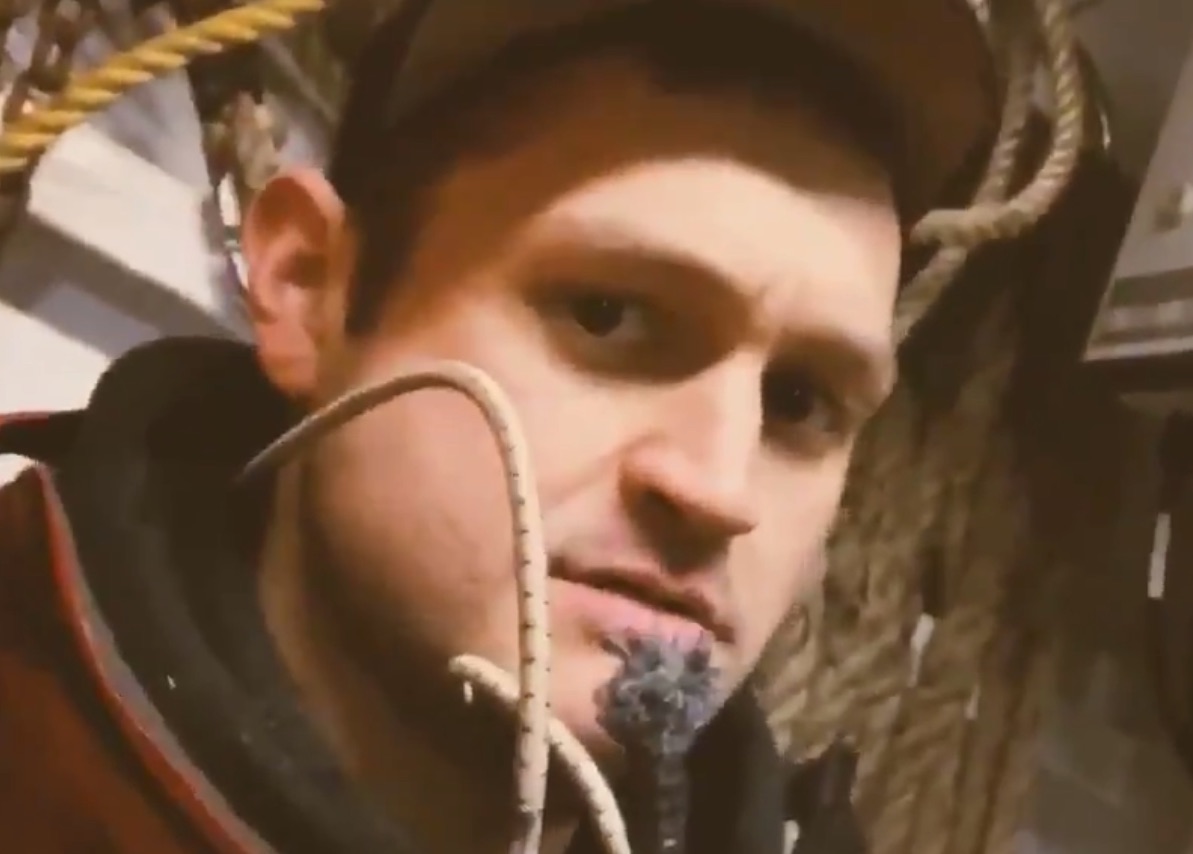 The latest Deadliest Catch news is not about the show returning sometime in April. Instead, one star of the Discovery show, Nick McGlashan, has been sparring online with former star, Captain Elliott Neese about addiction. What is going on with these two crab fishermen?

On February 13, Nick McGlashan posted on Twitter about his own personal journey of deep addiction to drugs and alcohol. Just a couple of seasons ago, Deadliest Catch fans saw his journey from the depths of addiction, to recovery. They will be happy to read what he says now.

“My journey hasn’t been perfect but it is mine and I am proud of it. I am clean today and am amazed of how far I’ve come. Wisdom and honesty define my behavior and because of that I can face inevitable misunderstandings.”

In response, former Deadliest Catch star Elliott Neese called Nick a “DC clown,” and accused Nick of lying about his recovery. Elliott tweeted, “Doggie were not homies cuz U a dry snitchin rat who hates himself n is Lookin fir approval from anyone That why you spout out so much NA/religious rhetoric & the Simple DC fans eat it up The lies will catch up 2U they always do The days of being a DC clown arnt gonna last forever.”

Neese attacked McGlashan before. On February 9, Elliott tweeted to Nick, accusing the Summer Bay deckhand of substance abuse. “If @NickMcglashan really wuz clean I’d support him!! But that’s hasn’t been da case and all the ignorant people who comment wit praise and well wishin are perpetuating the prob! If I didn’t still have a Lil fit da kid **** I’d hop on da stupid too & ignore da prob!”

Online, fans clearly supported Nick and his quest for sobriety. They asked Neese to be more lenient on him, as he, of all people, should know how hard it is to get sober. Nick has not only had the support of his fans but of his boss, Wild Bill.

My journey hasn’t been perfect but it is mine and I am proud of it. I am clean today and am amazed of how far I’ve come. Wisdom and honesty define my behavior and because of that I can face inevitable misunderstandings. https://t.co/EMY1laQoBb

Nick McGlashan was a junkie, and he even lied to his boss, Wild Bill Wichrowski that he had cancer. Turns out, his cancer was illegal drugs and copious amounts of alcohol. Nick McGlashan admitted in an article in Chosen Mag that he had a full blown addiction. Although he had three overdoses, he continued to abuse. He could drink a half gallon of vodka, shoot a couple of grams of heroin and top it off with a gram of meth. This daily concoction sent him into rehab. He indicated that his profession as a crab fisherman, working in icy, brutal conditions most likely led to his addiction. Now his faith-based treatment has saved his life.

Wild Bill supported Nick and took him back to his boat after Nick completed treatment. Nick has now been working on the Summer Bay and will be returning to the Deadliest Catch, Season 15. There is no doubt that his treatment and the support of Bill Wichrowski has kept him moving forward drug-free. Elliot Neese and his addiction story did not have the same sort of happy ending as Nick’s story of addiction and redemption.

A few years back, Elliott Neese vowed to return to crab fishing and back to the Deadliest Catch. Captain Elliot was introduced to fans of the show as the captain of the Ramblin’ Rose. Then, he was at the helm of the Saga. Neese impressed a lot of people with his skills at the helm of a boat, but his personal problems took him down. On screen, he had serious dramatic issues with the mother of his children. But, his bigger addiction demon was something that was kept from the cameras.

Deadliest Catch fans learned that at the end of Season 11, Elliott went to rehab at Passages in Malibu. At that time, he completed a 60-day rehab program. But, he was still battling his addictions as in 2016, he cleaned up again through an Ibogaine detox. Although he has been conducting crab boat tours and doing some spearfishing, there is no indication that he is returning to the Deadliest Catch anytime soon.