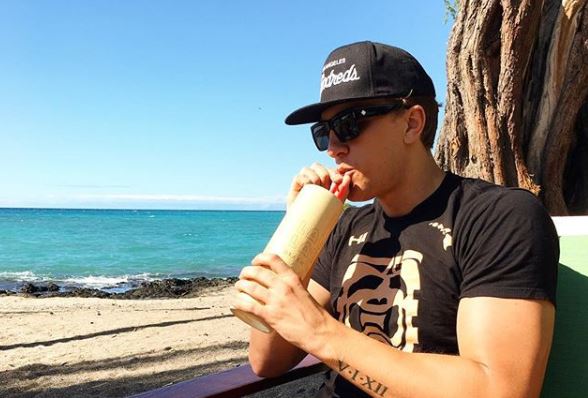 Temptation Island tonight was a bit wild as Morgan and Evan ended up in bed together. They were avoiding actually doing everything, but things did go further than they had before. Now, clues are coming out that make it seem like Evan and Morgan could be together now that the show is over.

Clues about Morgan and Evan

When Evan showed up he was with his girlfriend Kaci. Now, it looks like the couple possibly split at the end of the show and he is still with the girl he met on Temptation Island. Everything should be revealed when the season finale airs. Evan made it clear that he was willing to try things with Morgan.

First off, Evan and Morgan do follow each other on social networks. Evan and Kaci don’t post about each other at all. They may be trying to keep the ending a secret, but they aren’t doing a very good job of it. If Evan was still with Kaci you can’t imagine she would be okay with him following the girl he was with on the show. They have actually even been commenting on each other’s posts.

On the show, Kaci had to watch Evan kissing Morgan. This wasn’t easy for her at all. Luckily, this week they didn’t show videos. You know that the next one she has to watch will probably show Evan crawling into bed with someone else, which won’t go over well. So far, Kaci has behaved herself compared to him. Maybe they will both decide that they aren’t good for each other. They have been together for about ten years, but aren’t even engaged at this point.

Do you think that Morgan and Evan might actually be dating now? Share your thoughts in the comments section below. Make sure you don’t miss new episodes of Temptation Island on Tuesday nights on USA Network. Things are really heating up.