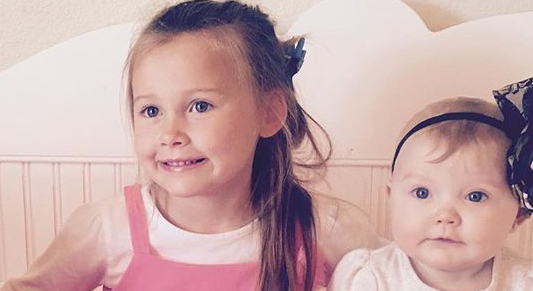 On Instagram, Anna Duggar shared a sweet letter that Mackynzie wrote to Meredith. Recently, the Duggar family had a big Valentine’s Day party at Jim Bob and Michelle Duggar’s home.

At the party, each of the family members was asked to draw a family member’s name. Then, they had to write and share a meaningful note about another person in the family.

At the party, Jana Duggar took all kinds of pictures and videos. She also explained how the get-together worked. Based on the videos that Jana Duggar shared, it looks like the party was a success.

Our family is trying to start a new tradition for Valentines Day (which we celebrated a few days early). This year we each drew a name and wrote a meaningful note to that person about their character, what they truly mean to us and tried to express from our heart how much we genuinely love and care about them. I think each of my family members would say, this by far was one of the most meaningful times we’ve had together as a family. We took time to go around the room and read the notes out loud to the person we had written them to and expounded a little more on it. There were many tears shed and much joyful laughter. The saying goes, “actions speak louder than words” but I have to say sometimes that’s not always true, for in our day and age I feel we’ve forgotten to express love through our words. If you’re hardly ever speaking words of life and love, but rather tend to speak harsh words or only doing “actions” by giving material things or gifts to others, how will they truly know if you love them? We must remember to say the words “I love you” often and thoughtfully tell others the things we appreciate and admire about them. I think genuine, loving words, saying what that person means to you can speak louder than actions. Most of us tend to be caught up in our daily tasks and jobs and I think forget to express this to others. I challenge you, go and write a meaningful note to someone you love, (or you need to love) and share positive, encouraging words and how that person has impacted your life in a positive way. Trust me, everyone hears enough negative things in their life and how they need to do things better, but rarely do they hear the positive things that encourage them. Be the positive voice in others lives, you may just be the one to change their life for the better and impact them for eternity. The power of an encouraging word is far greater than any material gift — chocolate that will melt, flowers that will wilt, or other material gifts that will fade away. Words will live on forever and can impact a person towards life or death. So when we speak let’s be careful in what we say. “Death and life are in the power of the tongue…” Prov.‬ ‭18:21‬

For this occasion, Mackynzie was asked to write a letter to her younger sister, Meredith. Her mom then posted it to social media, saying that “Mackynzie wrote a super-sweet note to her little sister Meredith and other than a few misspells (like which witch is which 😂) I think she did a great job — too cute not to share!”

#Mackynzie wrote a super-sweet note to her little sister #Meredith and other than a few misspells (like which witch is which 😂) I think she did a great job — too cute not to share! 💕 @janamduggar Thanks so much for organizing the fun family Valentine’s Day tradition you helped put together! We all enjoyed writing/receiving the ❤️-felt letters, thanks @jessaseewald for the sweet words! I got to write a letter to Jana and my sweet valentine (Josh!) wrote an amazing letter to his dad, pops (Gpa Duggar), and it was so awesome to take time to express love and gratefulness to each other in this way! So thankful for all of our family — Happy Valentine’s Day! ❤️ #littleduggars #valentinesday #love

In her letter to Meredith, Mackynzie says, “When I heard Mommy was having a baby (which was you) I prayed it would be a girl and it was! I was so happy that it was a girl I started jumping and spinning around.” Then, Mackynzie added a drawing on the back.

It’s so sweet that Mackynzie was able to share this message to her sister. We’re sure everyone at the Valentine’s Day party loved it!

Anna Duggar and her daughters

Anna Duggar is the mom of five kids. Her oldest is Mackynzie and she is nine years old. Michael is seven years old, Marcus is five years old, Meredith is three years old, and Mason is one year old.

Though there are about six years between Mackynzie and Meredith, the two seem to be best friends. According to Mackynzie’s note, Meredith is “the best sister in the world.”

In one of Anna Duggar’s recent posts, she shares a picture of the girls in 2016.

Throwback to Spring 2016. These girls have grown up so fast! Mackynzie, Meredith, & cousin Davia have been best of friends from the start! #littleduggars #2016 #throwback #spring #sisters #cousin #friends #sweetness

The picture also features their cousin. Even then, it looks like they are great friends. Mackynzie is gently putting her arm around Meredith and looks so happy! Because of this, they should be best friends for a long time.

It’s safe to say that their friendship has only continued to blossom over the past few years. It’s great that they are best friends and sisters so they will always have each other to count on. Anna Duggar must be doing something right and helping to build this friendship!

Can you believe how sweet Mackynzie is to Meredith? They seem like they are the best of friends! Be sure the catch the other Duggar family members on Counting On on TLC at 9/8c on Mondays.