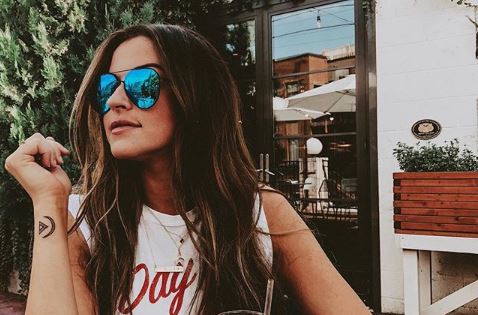 Tonight there is a new episode of The Bachelor 2019. Colton Underwood sent out a tweet that makes it sound like Tia Booth will be returning to the show. That doesn’t seem to be the case, though. Tia and Colton dated briefly in the past, but she has not been on this season at all. She has moved on from him.

Colton Underwood sent out the tweets that have everyone a bit confused. He makes it sound like Tia Booth is back and maybe even trying to win his heart. He also mentions the show getting “feisty” but these two might not be connected at all. Check it out below.

Just so y’all have a heads up… you will see my friend @tiarachel91 tonight. It’s gets feisty too #TheBachelor

After that first tweet, he sent out a second one. He is just making sure that fans know he wouldn’t lie. Colton isn’t giving any details, though. That is the really confusing part about these posts.

I wouldn’t lie about this. Tia will be on your TV tonight. BIG FACTS. https://t.co/nXcGuTq6uI

So are they bringing in Tia Booth to try and win over Colton? It has already been shared that this isn’t the case. Now, fans want to know if she is really coming back and if so why.

In Reality Steve’s spoilers for this season, he has not shared at all that Tia Booth would be back on The Bachelor. Here is what Steve had to say about it.

So this is a bit confusing. He says Tia is there, and Steve says she isn’t. So maybe she is going to just be talked to on this episode. There is a chance that Colton called her for advice or something. It could also be a flashback scene. This would show Tia, but her not really be there. So far, Reality Steve isn’t explaining the details, but it doesn’t look like Tia will be back trying to find love with Colton Underwood on The Bachelor. Tia has a new man and has happily moved on from Colton.

Do you feel like they should have brought Tia Booth back? Share your thoughts below and don’t miss new episodes of The Bachelor on Monday nights on ABC. It is only about another month until fans see who Colton Underwood picks and if he ends up engaged in the end.