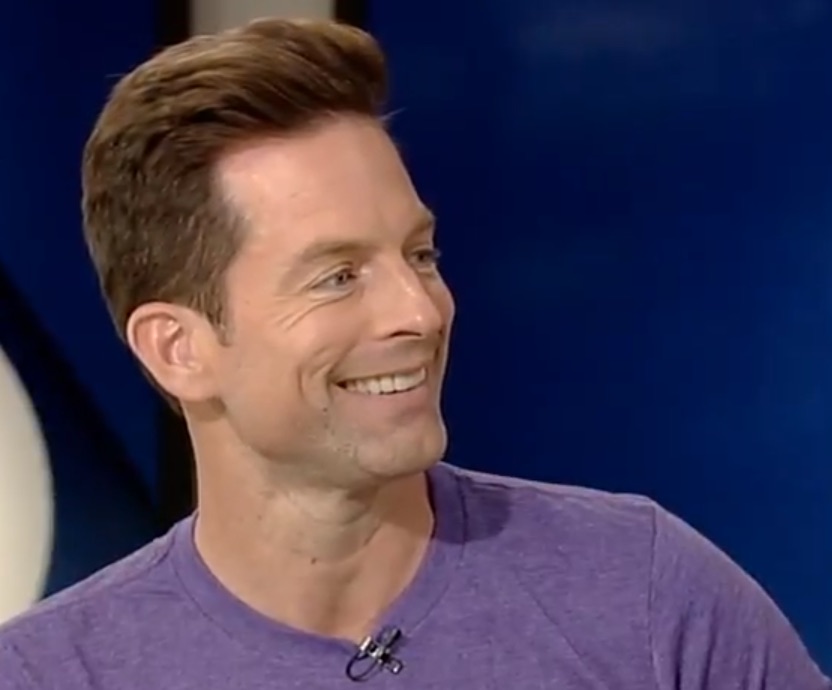 There are rumors that Adam Newman is returning from the dead and back on Young and the Restless. Is Victor Newman’s dark and complex son ready to return from the dead and create havoc with those who live in Genoa City? A recent casting call and a mysterious plot line is pointing at the return of Adam. What do we know now?

There was a recent Y&R casting call looking for an actor in his 30’s to early 40’s, with “significant experience in film or television.” According to Michael Fairmain TV, this actor will portray a character who is “stunningly handsome, and supremely confident. He also has obsessive ambition, and is willing to do whatever it takes to get what he wants.”

Sounds like Adam Newman, right? But this casting call is for a character with another name. Could this be a red herring, or will Adam Newman fans finally get their wish and see him back on the CBS soap?

The question on everyone’s mind if Adam is back, does this mean Michael Muhney will return to expertly portray him? He has made it clear he would like to return. Over the holiday season, Muhney posted a video with his wife Jaime, and Sharon Case, who plays Sharon Newman, all at a party. The trio were lip syncing to the classic Fleetwood Mac song “Don’t Stop,” which was hardly a holiday song. This optimistic lyrics of the song and mini Y&R reunion has made Muhney fans wonder if perhaps Michael Muhney will return as Adam Newman and have a chance to audition for the role that he made famous?

Muhney, who is generally very active on Twitter has been silent since January 27. This is extremely unusual, especially as his former fellow Young and the Restless cast mate Kristoff St. John died tragically just a few days ago. Although other actors from the soap have posted online messages about Kristoff, Muhney has been unusually silent. His last post was from his latest photo shoot. It appears that the photographer enjoyed taking pics of Michael’s son Truman.

As for the photo shoot, Muhney was not forthcoming with any details. Did he need updated shots for an audition? Is he perhaps going to be on another show? Muhney fans may believe that there is too much of a coincidence that there was a Y&R casting call for a man in his 30’s or early 40’s, devilishly handsome, with considerable acting experience, at the same time he is doing a photo shoot, that has taken place about six weeks after reuniting with Sharon Case at a holiday party. Does this mean that Michael Muhney will return as Adam Newman?

Brought Truman along on my photo shoot today and the photographer wanted to take pics of him instead of me and I totally get it 😂😂😂 pic.twitter.com/W9DZJVNdPk

New Writers At Young And The Restless

Many Y&R fans have recently rejoiced that Mal Young is out as head writer for the CBS soap. He had always made it clear that he was never bringing back Adam Newman. He was clearly not a fan of most characters on the show, messing up story lines and angering fans. Perhaps the happiest member of the cast who is glad Mal is gone is Eric Braedon, who recently claimed that Mal tried to “diminish the role” of Victor Newman.

The new head writer is Josh Griffin. Not much is know about his plans, but it may be a fair assumption that he could be assigned to undo all of Mal Young’s character disruption that led to a loss of fans. Could he be ready to bring back Adam Newman to cause havoc on Victor and really make the storyline juicy again?

Who Was Adam Newman?

Victor Adam Newman Jr. was born to Victor Newman and Hope Wilson. Adam always believed his father was Cliff Wilson, the man that Hope married after Victor. It isn’t until later that he discovered who his real father was and an angry Adam was unforgiving towards Victor Newman, despite the two being mirror personalities. Adam certainly inherited his father’s deceitful side, but he would sometimes surprise viewers with touches of his mother’s goodness.

Complex and devious, Adam Newman was truly Victor Newman’s son, unlike Nicholas. He was always scheming and busy making others pay for his unhappiness. His mercurial relationship with his half-siblings continued to keep the Newmans from trusting each other. The two main women in his life were Sharon Newman and Chelsea Lawson. In 2016, Adam Newman was killed in a cabin fire explosion by Chloe Mitchell, but no body was found.

The possibility that Adam Newman could be reborn has haunted fans for nearly three years. Currently, Katie Newman Abbott has an “imaginary friend,” and fans are beginning to wonder if this is Adam! This person seems to know a lot about Katie’s family. Could this figment of Katie’s imagination really be her uncle Adam?

I have a beautiful singing voice pic.twitter.com/ZUe3ql76VL

Several actors portrayed Adam as a child from 1995 all the way to 2002. Then, in 2008, Adam returned to the show as a fully grown, college-educated adult. The original actor playing adult Adam was Chris Engen, who only stayed on about a year. There was a bit of controversy on whether he left because of a homosexual role that he was not comfortable with, or with the role in general.

Then, Michael Muhney replaced Engan. He really made Adam Newman his own. He portrayed the outcast son of the powerful Victor Newman with the same intensity that Eric Braedon portrayed Victor. There were rumors that the two sparred on set, but on screen, they were well matched and viewers loved the drama. Muhney stayed on until 2014 when he was not re-signed by CBS when Justin Hartley replaced Muhney in 2014. Justin didn’t stick around for long, though. There was a false accusation that Muhney was inappropriate on set with Hunter King, who played Summer Newman. This turned out to be a false rumor that has haunted Muhney’s reputation. Most of all, Muhney had Young and the Restless fans behind him, and who still continue to advocate for his return.

When Justin Hartley became Adam, he showed a different side to the character that was much more redeemable. Despite resurrecting this Y&R character, Hartley left his role as Adam in 2016 for a bigger landscape. He was cast in a new drama called This Is Us, which became an instant hit.

As for now, Young and the Restless fans have to wait to see who is going to join the cast. It is now February sweeps month, and a great time to bring back an iconic character like Adam. Do you think that they are recasting Adam Newman, or do you see another character joining the show? Share your comments below. Make sure you don’t miss new episodes of The Young and the Restless weekdays on CBS.