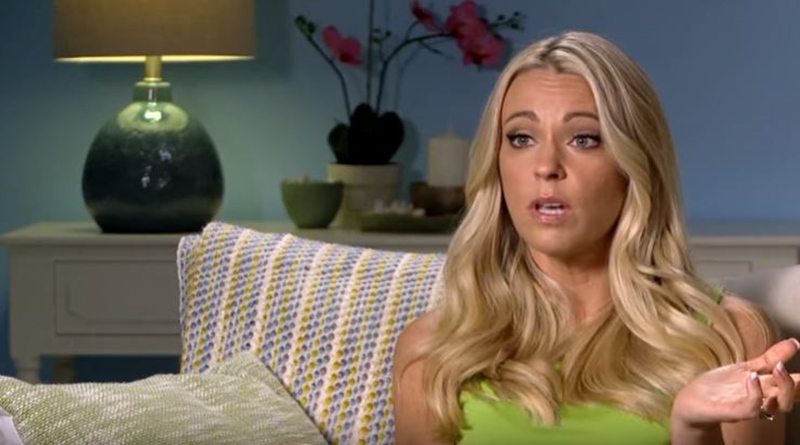 Kate Gosselin, last seen on Instagram back in November, broke her silence a week back. Fans wondered what she’d been up to as even her Twitter accounts and Facebook went quiet ages ago. Does her return to social media mean that Kate Plus Date will happen soon? Actually, her first post had nothing to do with TLC or showbiz but was about the kids’ science projects. However, if she hoped for lots of cheers of joy upon her return, Kate probably felt disappointed.

In April 2018, Kate seemed enthusiastic about her new show with TLC.  People reported, “Gosselin, 43, will star in a new TLC series Kate Plus Date, which will document the reality star on her dating journey.” However, due out in the fall, the show never materialized. Now, fans wonder what happened it to. One of them asked Kate on her latest Instagram post about it, writing. “Where is Kate plus date? I’m assuming it’s canceled.” Another stepped up with the same question, but no answer came from Kate.

Actually, other than talking about science projects, Kate made no further communication with her followers. Possibly that’s because followers lashed out at her about her son Collin. Actually, lots of slamming came as the comments moved off topic and straight back to where they ended on her last post back on November 26.  She should know that many fans of the Kate Plus 8 and Jon and Kate Plus 8 shows never forgave her for placing her son Collin in a special needs center.

Plenty of negative media coverage slammed her for sending her son away in 2016. At the time, Jon Gosselin said that he didn’t even know where he was sent. However, he applied for custody and in December it hit the courts. Kate never bothered to show up to even contest custody. For the time being, Collin’s home with his sister Hannah who’s also living with her dad. Surely Kate knew that returning to Instagram meant walking into a hot mess from TLC fans? Could Kate Plus Date be her motive for the Instagram return?  Here’s what some commenters said to her on the science project post:

These examples are some of the not so bad comments. Hating on Instagram’s getting so bad these days, that Hello Magazine started a #HelloToKindness Campaign this week. However, Kate does still have some fans who tried to stick up for her and fight off the negativity about Collin, the ‘special needs” issues, and Jon’s custody. In fact, plenty of them would love to see her back on television.

Whatever Kate Plus 8 followers think about Kate Gosselin probably won’t stop her grabbing a few more moments of fame with TLC. Cheatsheet noted that some fans speculate that she may have broken her internet silence ahead of the Kate Plus Date show becoming a reality.

What do you think of Kate Gosselin breaking that silence? Do you think she should just lay low for a while after the custody case for Collin? Do you think maybe she braved the haters on Instagram because Kate Plus Date may air soon? Sound off in the comments below with your thoughts.

Remember to check in with TV Shows Ace often for more news and gossip about Kate Plus Date and the Gosselin family.