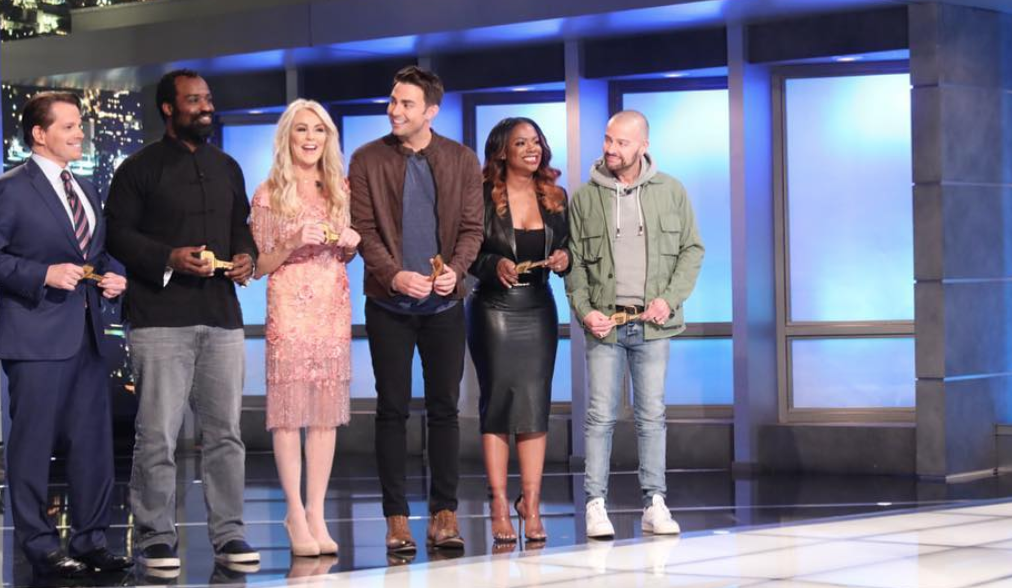 Former White House staff member, Anthony Scaramucci has left the ‘Big Brother’ house just days after first arriving on the Celebrity Big Brother set. The reason though, is still up in the air.

According to People, Anthony Scarmucci has left the Big Brother house. Anthony was seen Wednesday at a meeting in Switzerland, which is certainly not the house. However, he couldn’t really open up about what happened and why he went home.

“I just left the Big Brother house, you have to tune in Friday to understand what happened,” he said in a video. “Unfortunately I signed a confidentiality [agreement], but there’s a little bit of a cliffhanger.”

Anthony Scarmucci was up for eviction. This episode won’t be airing until Friday so the reason for his leaving is a mystery. Maybe he couldn’t handle the pressure of being on the block and playing the game or perhaps something more serious and personal came up, sending him home early.

Gather around! A new episode of #BBCeleb is starting now! Who’s watching with us?!

Anthony was put on the block by current Head of Household, Ryan Lochte. His nomination came as a bit of a surprise. Ryan had just said he was putting two completely different people up for eviction.

However, it will be sad missing out on the first eviction where viewers can usually see where people stand in their alliances. There are already several intertwined alliances this season of Celebrity Big Brother. The first eviction will be a huge deal when it comes to what side the houseguests are actually on.

Why do you think Anthony Scramucci went home? Was the decision personal or did he crack under pressure? Let us know what you think in the comments and be sure to watch Celebrity Big Brother on Friday night. Then, viewers will learn what really happened. Another question is if Tom Green or Jonathan Bennett will get sent home in addition to Anthony.