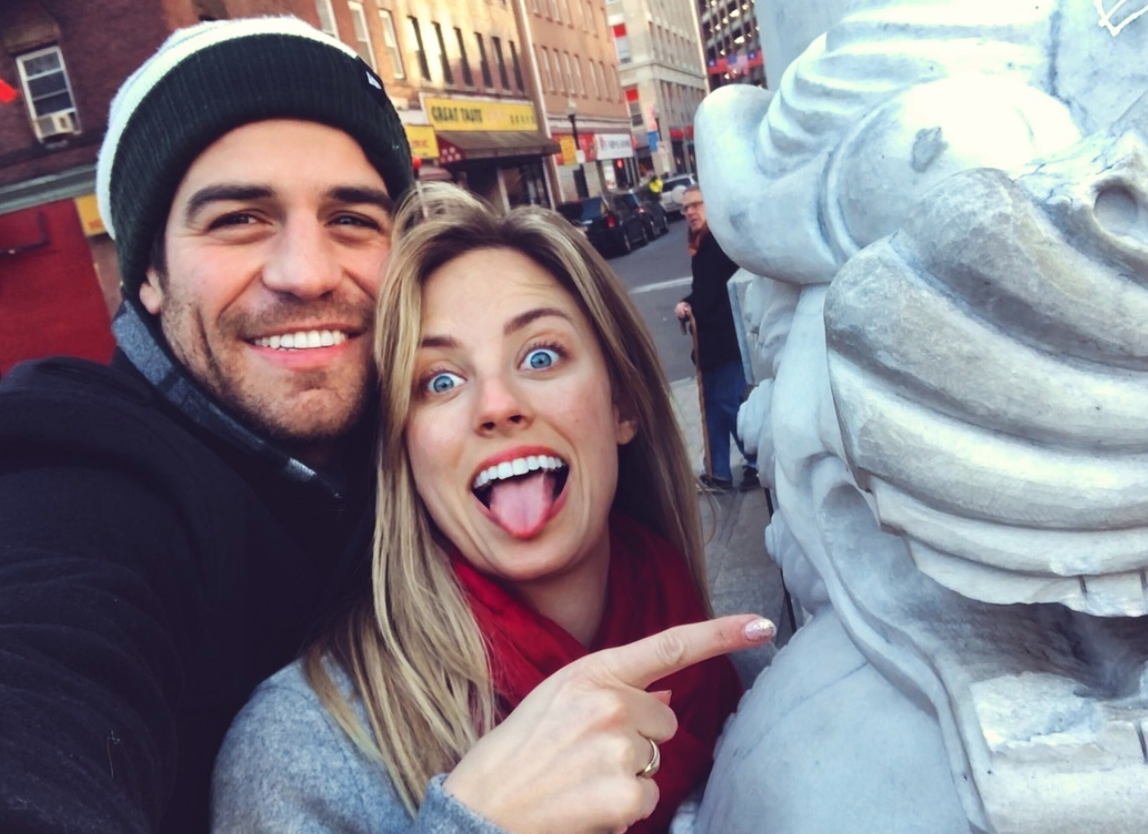 Joe Amabile and Kendall Long fell in love on Bachelor in Paradise. Many fans love them together and it’s understandable and they are both sweet and quirky. Since then the couple have been happily dating and are now discussing whether an engagement ring is in the future.

Are Kendall Long and Joe Amabile Getting Married?

According to E! News Joe Amabile and Kendall Long are talking about whether they are going to get married. The answer? Not quite yet.

“Our whole entire relationship is about being engaged…As two people who are mainly afraid of commitment, it makes it so the idea of talking about engagement isn’t scary,” Kendall said.

She went on to talk about how there are many more things that they want to accomplish before they officially tie the knot. That’s totally understandable since they haven’t actually been together for that long. In addition, during the time they have been together, Joe has been on Dancing with the Stars the show and touring.

Waiting for my flight back to LA at the Boston airport and have to say I’m going to miss this rugged bit of sunshine Till Philly baby! Have fun rocking this tour! @dancingabc

The Couple’s Next Steps

It sounds like once the DWTS tour is over, the couple wants to actually start looking for a place together because they don’t have one yet.

“We want to try it out [in Los Angeles] and then maybe go to Chicago but as of now, my family’s here and work’s here. It just seems to make the most sense,” Kendall explained.

The pair looks to be having a lot of fun on social media and are super cute together. Not every Bachelor in Paradise couple takes things so slowly. They are the only ones that know what’s best for them.

The misadventures of Ketchup and Mustard in the big city 🤪

Despite Joe traveling, the two still stay connected and Kendall says Joe even calls her like five times a day. Talk about relationship goals! Overall, Kendall says she is glad she made the decision to go on Bachelor in Paradise because she really did find love.

“It’s hard to 100 percent fall in love with somebody until you don’t have cameras and you don’t have everybody watching your every move. Joe and I really found love with each other after having to go through all of that together and facing our insecurities and facing things we were afraid of and we really grew so much. It feels like we’ve been dating for two years,” Kendall said.

Do you think Kendall and Joe are making the right choice, or do you wish they would just get engaged already? Let us know what you think in the comments and don’t miss Colton Underwood’s season of The Bachelor tonight at 8 p.m.