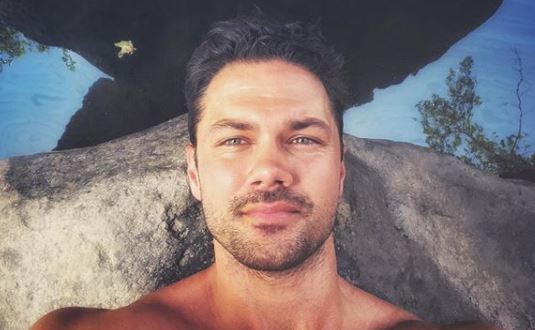 General Hospital star Ryan Paevey is set to star in another series. What do we know about the new part and is there any chance that he will reprise his beloved role as Nathan West?

Ryan Paevey’s agents, Justice & Ponder, recently tweeted that Ryan is booked for a new series. They indicated on social media that this will be a single episode. They just would not reveal any other important details on this new project.

“It’s official! @RyanPaevey is booked for another episode of a new series. More details to follow at a later date! Congrats Ryan, nice way to start the new year!”

What we know for sure is that this is a new series. This means it would not be General Hospital, nor would it be Brooklyn Nine-Nine, where Ryan guest starred last season. Although Ryan has acted in several very successful Hallmark movies, the sister channel Hallmark Movies & Mysteries have recently added a boatload of new mysteries. These include The Chronicles Mysteries starring former Days star Alison Sweeney and The Crossword Mysteries starring Hallmark favs Lacey Chabert and Brennon Elliott, as well as many others.

His big push for mysteries may mean that Ryan could be playing detective again. It is theoretically possible that Ryan might be starring in an episode of one of these new series. As of now, we don’t know what this new role is, or if he will be acting on Hallmark or on a major network.

Perhaps the Justice & Ponder tweet was more of a teaser aimed at getting fans excited about this upcoming year for Ryan. 2018 was a highly transitional year with some high profile appearances. Ryan starred in Hallmark’s hugely popular Marrying Mr. Darcy and was part of the Christmas hoopla in Hope At Christmas. He also made a brief appearance on Brooklyn Nine-Nine. He could be featured for 20 seconds or 2 full hours. We know what Ryan Paevey fans would rather see!

This agent tweet could possibly be a way to promote that they have such an upcoming actor as a client. The attention could be aimed at other networks to get moving if they are interested in having him act in a series or star in another movie.

It's official! @RyanPaevey is booked for another episode of a new series. More details to follow at a later date! Congrats Ryan, nice way to start the new year!

Now the question is whether Ryan Paevey can squeeze in some time to return to GH. Although Paevey recently flashed back to Nathan West’s untimely death, it seems clear that although he enjoyed playing Nathan, he is part of his past. He told Soap Opera News that he would be ok with returning as “Ghost Nathan,” but not in any sort of regular role. Paevey is ready to move forward and into new ventures.

As an actor, Ryan may have moved on, but people still remember his role on General Hospital. The Boston Globe recently ranked the funeral of Nathan West as the best single episode of 2018 daytime television. They even claim that if you were not crying while watching that emotional episode, “check your pulse.”

What do you hope Ryan will star in next? Do you want him to return to General Hospital as Nathan West? What is your favorite Ryan Paevey role? Please share your opinions and comments below. Make sure to stop back for any Ryan Paevey news and movies.

Is ‘The Talk’ Coming Back, What Happened?
Crunchyroll Makes Shocking Purchase, Furthering Their Brand
Explosive ‘Sister Wives’ Trailer Shows Kody & Christine’s Ugly Split
‘Daredevil’: Everything We Know About The New Season
Adam Busby Asks If His Butt Looks Big In This Photo