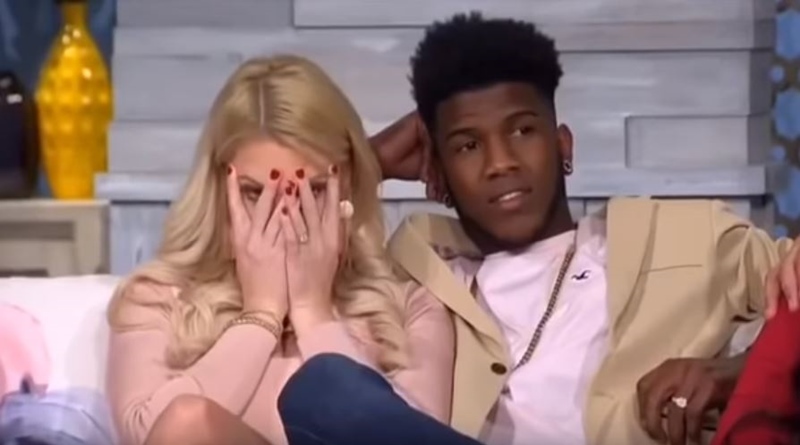 90 Day Fiance Season 6 Tell-All Reunion airs on Tuesday, January 8. Hopefully, the Tell-All answers a lot of questions, like whether Ashley Martson and Jay Smith survived their Tinder drama. Fans want to know if Leida and Eric stuck it out as well. What happened to Olga and Stephen and the baby, and is he heading out of the country? Here’s what we know will happen in the reunion, and a little bit of stuff from social media to give a few more clues ahead of the episode.

Eric and Leida talked on Instagram about heading for Texas. Incidentally, that came after blaming TLC for everything that went wrong during the 90 Day Fiance show. Apparently, Leida got a job offer in Texas as a beauty clinic manager. The pair intends to “move on with their lives,” said Eric.

The couple interacts quite frequently on Instagram. However, not too many fans expressed any joy that they may end up in Texas after the show. Far too many of them think the way they treated Eric’s children gives him a zero rating on the approval stakes.

Here’s what some of them had to say:

Ashley and Jay toyed with their 90 Day Fiance fans through the season over on Instagram. Successfully confusing everyone, nobody’s totally sure if they still stay together but pre-Christmas Instagrams hinted that they do. In the 90 Day Finance Reunion, the dreadfully tired old story of Jay going on Tinder resurrects again. Jay actually says he wasn’t looking for marriage. Ashley manages to pout a lot and maintain an unforgiving stance, all the while incongruously cuddled up to him before storming off the set.

Word is that these two played their fans to the hilt and took their storylines to the limits of acceptability. Probably, they make out just fine. Certainly, Ashley seems masterful at manipulation of their followers. No doubt we get to see these two in future shows.

Larissa and Colt managed to annoy the rest of the cast. In the sneak peek Jay Smith comments on that. The other couples feel they should take the “fire” especially as they dished it so often. However, the show producers have to go and fetch Larissa and Colt to come to the set. All the while she wails about how all her “enemies” are out there.

They may not get along with the other 90 Day Fiance couples, but they remain married, judging by their Instagram posts. Shots of the cats, new furnishings and the house seem to reflect some type of domestic bliss anyway. Well, at least they seemed great until a few days ago. Colt’s Instagram disappeared after loads of rumors, trolling and nasty comments about him cheating. It came back up again a few hours later, and followers immediately took to trolling again.

Apparently, the couple made it through despite lots of misunderstanding about cuddles and kisses.  However, in the Reunion Tell-All, Asuelu gets all upset with Steven over his attitude with Olga Koshimbetova and storms off the set. Very emotional and desperately trying to be Mr. Nice Guy, it seems hard for him to take cast criticism and arguments.

Kalani and Asuelu will be thinking about the future of their son Oliver. Finding out more about them really isn’t easy since their accounts remain private. Actually, that’s quite unusual, as TLC usually like to see their reality stars interacting with their fans.

The couple looked to be on track and apparently got a lot closer since filming ended. Actually, they show up at the 90 Day Fiance Tell-All and once again the set erupts with anger, shouting, and aggression. For a while, they seemed fine as Fernanda and Jonathan headed for Chicago.

However, recent rumors swirled around about them breaking up. Allegedly, they spent New Year’s Eve apart. Nevertheless, Fernanda Flores made her Instagram private, which creates a certain mystery. Here’s what fans had to say about their rumored split.

The couple took a lot of criticism from fans who thought Stephen was too attention seeking and seemed jealous of baby Richie. Fans raged about him wanting to take his son away from Olga in Russia to the USA. On social media, fans incessantly got in Olga’s face telling her to get out of the relationship. However,  Olga even told fans to stop trying to influence her about her decisions on their relationship. It seems they worked out a lot of their issues. Olga participates in the Reunion Tell-All via a video conference.

What do you think about all the drama of the Season 6? Will the 90 Day Fiance Reunion Tell-All settle a lot of questions, or spark more breakups and drama? Let us know your feelings in the comments below.

Remember to check in with TV Shows Ace often to stay in touch with 90 Day Fiance news.