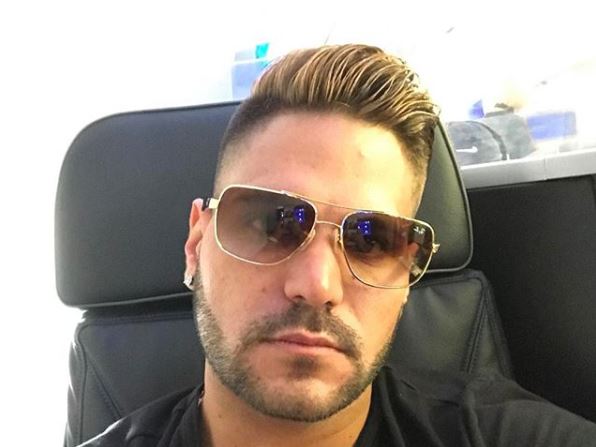 Ronnie Ortiz-Magro, of Jersey Shore, and his girlfriend, Jen Harley have been dating off and on since July 2017. Their relationship has been filled with disputes, rumors, and all kinds of drama. On New Year’s Eve, the couple got into a major fight that has split them up.

On New Year’s Eve, Ronnie Ortiz-Magro and Jen Harley got into a nasty fight. According to US Weekly, they had broken up and gotten back together right before New Year’s Eve. Then, after this fight, they called it quits again. As of right now, the two are not on speaking terms.

This particular fight begins at a club in Las Vegas. Jen Harley saw something on Ronnie Ortiz-Magro’s phone that she didn’t like. Next, the couple got into a heated argument, which turned violent. After this fight, Ronnie Ortiz-Magro proceeded to file a battery domestic violence report.

The couple is known for fighting a lot. They go through a constant cycle of dating, fighting, breaking up, and getting back together again. Some of their arguments have even become violent, according to US Weekly.

Not long ago, Ronnie Ortiz-Magro deleted all evidence of Jen Harley from his Instagram profile. He even unfollowed her account. He seems like he doesn’t want anything to do with his baby mama.

Since the fight, Ronnie Ortiz-Magro has been sharing inspirational quotes about moving on on his Instagram stories. He is also posting pictures of his daughter and saying that he will see her soon.

Jen Harley is following suit by deleting her Instagram posts including Ronnie Ortiz-Magro. In one of her stories, she shares that her toxic trait is not knowing how to let go.

Will Ronnie Ortiz-Magro and Jen Harley Get Back Together?

Based on the couple’s track record, it’s likely that they will get back together. They usually do end up dating again after each major fight. Not much should stop them from repeating that this time.

Together, Ronnie Ortiz-Magro and Jen Harley have a 9-month-old daughter, Ariana Sky. They are also expecting a second child together. This is probably part of the reason that they have continued to maintain their toxic relationship despite all of their difficulties.

Only time will tell whether the two of them will find a way to date again. Do you think that they will be able to make this relationship work or will they continue to be off and on? Catch Season 3 of Jersey Shore when it returns later this year!