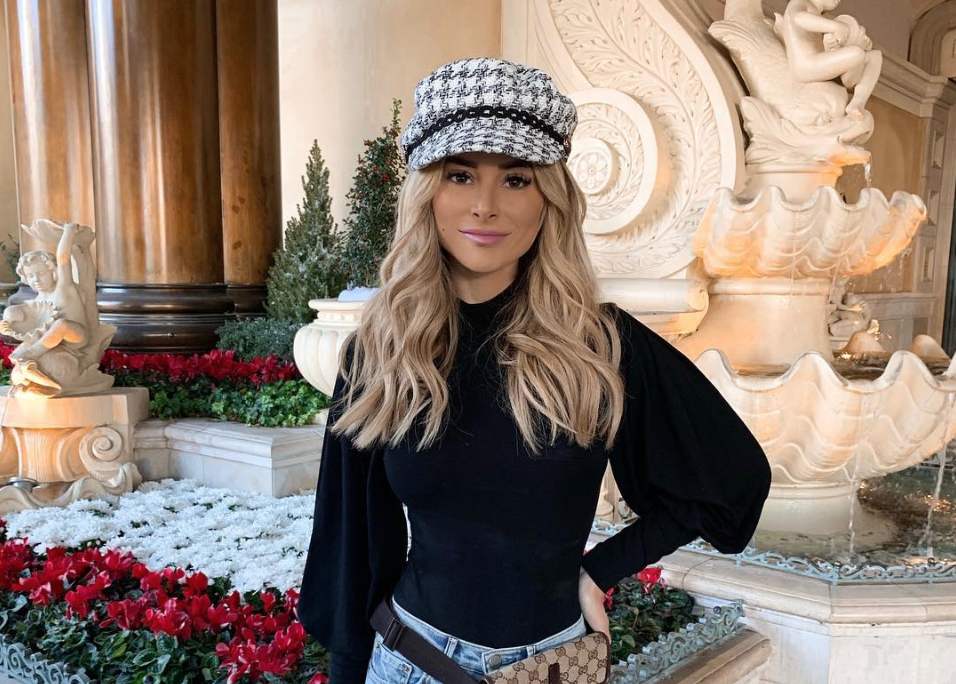 Women and men who star in shows that are part of The Bachelor franchise often face a lot of scrutiny. Amanda Stanton is one example of this. After receiving body shaming comments, Amanda shut down the haters and defended herself.

Amanda Stanton received a lot of hate on social media after posting a before and after workout post on Instagram according to Soap Hub. Apparently, Amanda was getting messages about how she has an eating disorder and judging her skinny appearance even though she has had children.

Bye Vegas! Love my vintage Gucci fanny from @theladybaglv (they sell vintage and pre-owned Gucci LV & Chanel).. this one is perfect for traveling ✈️ 👋🏼

Amanda’s response to the Haters

Amanda took to her Instagram story right away to clarify things and explain that she doesn’t have an eating disorder, she’s just naturally skinny. She sees no need to body shame someone just because they are skinny.

“Received so many kind messages about my before and after work out post but also so many nasty ones. I do not have an eating disorder and I am naturally skinny. I’ve gotten skinnier throughout the years since having kids,” Amanda posted on her Instagram story.

She then went on to explain that sometimes your body changes as it gets older, but everyone has a beautiful body no matter what and our differences are what makes us who we are. She also went on to say that how though she may have looked healthier on The Bachelor, she actually wasn’t at all and she is much healthier now.

“And for anyone that comments about how I looked ‘healthier’ and better on the Bachelor. It may have LOOKED that way. But I am 100x healthier now than I was then. I was drinking wine and mimosas every day and not working out whatsoever,” Amanda said.

Amanda Stanton also told the haters that she’s over this and isn’t explaining it again. This makes sense and would be frustrating to always have to explain to others that you are healthy and you’re just skinny naturally.

Do you think Amanda handled the body shamers well? Leave your thoughts in the comments and be sure to tune in for the new season of The Bachelor airing on January 7th on ABC.