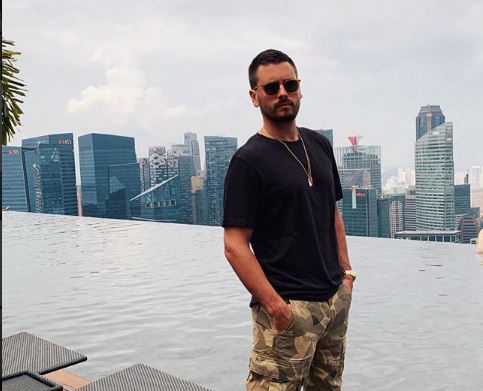 Keeping Up With the Kardashians star Scott Disick spent Thanksgiving with someone unexpected. You’d think that Scott would be spending time with his longtime girlfriend, Sofia Richie. Well, he wasn’t, he was with ex Kourtney Kardashian and their kids instead.

Besides the fact that Sofia didn’t get to spend Thanksgiving with her lover, Scott, she did get to spend it with all of her family. Sofia and Scott’s relationship is still good, and they’ve had a really progressive year. A friend of Sofia’s said “Sofia’s very close to her family so Scott knew she’d be surrounded by love and very busy, it’s not as though he was leaving her alone,” the friend continued. “He did promise to make it up to her, he’s taking her on a trip soon, things are still all good with them.” So what’s the reason Scott didn’t go with her?

Scott Disick’s reason for being with Kardashians

Scott feels that his three kids, Mason, Penelope, and Reign, are more important. The reality star was just being a good father, he wanted to see his kids for the holiday. Going to Kris Jenner’s house for Thanksgiving was just the easiest way to spend it with them. One of Scott’s friend stated, “Scott did feel bad for not being with Sofia for Thanksgiving but ultimately he wanted to be with his kids”. It was so important to them that their daddy be there and they’re still his priority.”  As viewers of the show have seen, Scott and Kourtney get along quite well for being split. It doesn’t seem to be a problem with Sofia, which is great.

Fans know that Scott and Sofia are in a really good place. Even on November 4th Sofia, Scott, and Kourtney had a friendly dinner. Viewers are just glad to see them all get along, especially for the kid’s sake. Anyway, since Scott and Sofia are in such a good place, does that mean they will bring their families together for holidays in the future? Fans are very excited to see their future and how it lays out with Scott’s kids.

Don’t miss the new episodes of Keeping Up with the Kardashians when they air on Sunday nights on E!.