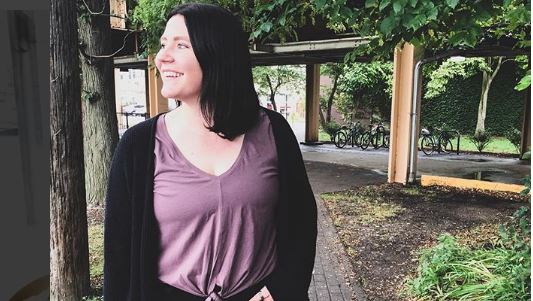 Sister Wives fans have been wondering about how Mariah Brown and her girlfriend Audrey Kriss are doing. Since Mariah came out about the fact that she is a lesbian, Audrey is the first girl she has admitted to dating. Things are very serious with them as well. Audrey was introduced on the show not long after this couple started dating.

Janelle Brown recently went to her Instagram and shared a photo, which gives an update on this couple. This picture shows Mariah and Audrey together having a good time with the family. It looks like they were home for the Thanksgiving holiday. They were in Flagstaff. The Brown family moved to Arizona not very long ago from Las Vegas. This was a big move and they haven’t shared yet what made them pick up and move the entire family.

Downtown at Steep in Flagstaff with some of my loves. Hunter says this is is Instagram face 😂

Not long ago, Mariah Brown of Sister Wives shared that she was making a big move with her girlfriend. The couple moved to Chicago together. If you follow Mariah on her social networks, she is constantly posting pictures and updates about the two. They seem to be really enjoying their lives together. It would be totally shocking if Audrey and Mariah ever did split up.

Hopefully, Audrey and Mariah will be on the new season of Sister Wives. Since they live in another area, it won’t be quite as easy for TLC to film them all the time. You know that they will be coming home now and then, plus TLC will probably go out to Chicago to film. The viewers do want to keep up with them and how they are doing.

Don’t miss the new season of Sister Wives when the show returns with new episodes on TLC. They have already revealed it will be back, but the exact date hasn’t been announced. If you compare to other seasons, it will probably start airing around February of 2019.