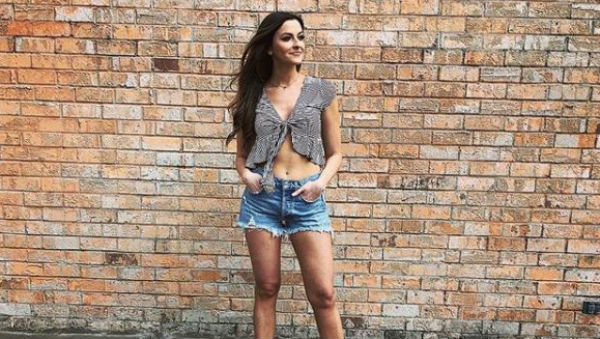 Bachelor in Paradise star Tia Booth just posted a picture of a new man on her Instagram. This has fans going crazy thinking she found love. Tia is being quiet though and not telling fans what is going on.

Who is Tia Booth’s new man?

As of right now, Tia Booth isn’t sharing who the new guy is or if they are a couple. One fan asked if it was Corey Brooks from Big Brother and she did reply it wasn’t. A lot of verified accounts are telling her that they are glad it is finally Instagram official. It really does sound like Tia has found love. So far, she isn’t admitting to anything. You can see the new post below.

Tia did not tag the man in her post, but fans went crazy and think they have figured out who it is that she is dating. They are tagging a man named Cory Cooper. If you go to his Instagram, Tia does follow him. He isn’t famous and only has a little over 1,000 followers. He follows back about the same amount of people. His profile says that he is Co-owner at CooperSteel.com. This is a company out of Tennessee. It actually opened clear back in 1960. Tia isn’t admitting it is him but isn’t denying it the way she denied that it was Corey Brooks.

Tia Booth briefly dated Colton Underwood before they were both on Bachelor in Paradise. It looked like this couple might make it once they were on BIP together, but that wasn’t the case. They broke up and he went on to be The Bachelor. Tia was originally on Arie Luyendyk Jr.’s season of The Bachelor, but things didn’t work with him either.

This left Tia brokenhearted. Colton is now filming and it looks like Tia has found love as well. That will make watching his season of the show a lot easier on her that is for sure.

Don’t miss The Bachelor 2018 with Colton Underwood when it starts airing on Monday nights in January on ABC. He is almost done filming his season.