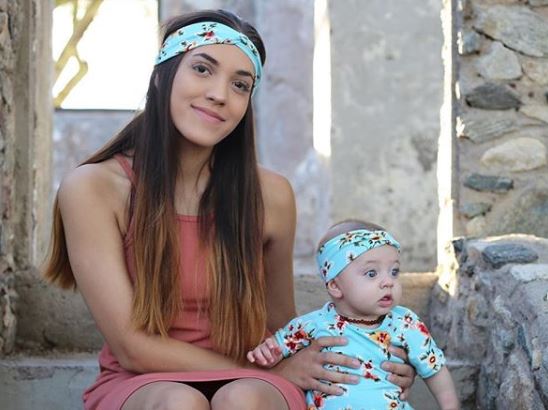 Max Schenzel, a father on Unexpected, cannot see his girlfriend Chloe Mendoza or her family. He can’t even contact her unless it is regarding their daughter Ava. An Injunction Against Harassment was filed by Chloe’s mother, Jessica Mendoza recently.

The order against Max Schenzel of Unexpected

This order was filed on August 6, 2018, by Chloe Mendoza’s mother Jessica Mendoza. The exact reasons for this order have not been revealed. There was a police report made just before the injunction was made and signed by a judge. Even though the reasons are not fully clear, Jessica did make some comments on facebook which state that “Max did put hands on Chloe” and that there was a legitimate reason for filing the order. This Injunction Against Harassment order will be valid for one year after the order was filed. The judge had to feel like this was needed for it to be approved. He has also been arrested on unrelated charges, and her parents already don’t like him.

In a recent article, Jessica Mendoza uncovers the truth about the reason Chloe’s biological father and her split. Jessica claims that she had a bad relationship with Chloe’s biological father, they split up when Chloe was only one. She says that he was abusive toward her. Her mom says “I did not want my kids to grow up in that environment.”. Jessica also argues “This is why I advocate so much for my daughter, because I see the same things in Max as her dad and I hate that she is following my footsteps.”. Chloe’s stepdad has helped raise her since she was pretty young.

Update on Max and Chloe

Viewers have seen that Chloe’s parents have a strong disliking towards Max Schenzel, their daughter Chloe Mendoza’s boyfriend. Viewers are very disappointed to see Chloe get treated this way by Max. Max and Chloe are still together and you can see that if you follow Chloe on Instagram. His name is in her bio just like they are doing fine. You can hope that the TLC cameras are rolling and getting the details.

Chloe Mendoza posted about casting for a new season of Unexpected, so will we see an Unexpected season three? Viewers are very hopeful, but TLC hasn’t confirmed anything yet. Chloe also makes sure people know that she is not sure if her and Max will be on the not confirmed third season of Unexpected.  Viewers do want to see where their relationship stands after all of these criminal charges against Max Schenzel, so for now everyone will have to wait and see if the show returns.